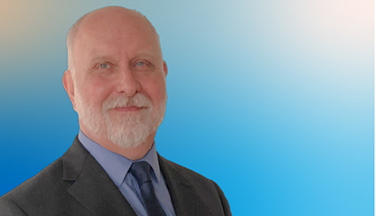 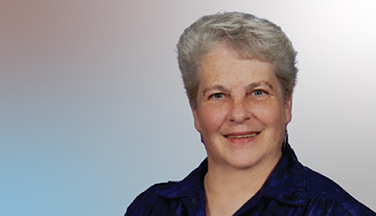 Sue Numrich
“Sue has dedicated more than half a century to advancing the role of women in national security,” said IDA President Norton Schwartz. “Her work on intellectual excellence and dedicated leadership will define her legacy.”

Since joining IDA in 2005, Sue has led or contributed significantly to research ranging from experiments on future warfare concepts to assessments of the global war on terrorism.

Throughout her career, Sue has been an intellectual leader and mentor to the wider research community. She served as a teacher and lecturer at Trinity College, Cambridge University, and Catholic University, and she has been a driving force in the Interservice/Industry Training, Simulation, and Education Conference (I/ITSEC). Sue was the first chair of the I/ITSEC Tutorial Board, which offers tutorials on a range of topics for members of the modeling, simulation, and testing community. Sue was the first woman named an I/ITSEC Fellow, a recognition she received in 2018. She is also active in both the Acoustical Society of America and Women in Science and Engineering.

Sue earned a PhD in physics from American University after more than a decade of practical work as a bench scientist at NRL. She was Deputy Director of Technology for the Defense Modeling and Simulation Office prior to joining the Joint Advanced Warfighting Division within the IDA Systems and Analyses Center.

Dean Thomas
“Dean consistently exemplifies the qualities that IDA seeks in its best researchers: he is a strong, extraordinarily productive analyst with excellent technical and quantitative skills and an outstanding presenter,” says Norton Schwartz, IDA president. “He has built an impressive portfolio of analytical contributions and a strong record of publishing research during his 30 years of service at IDA.”

In addition to his role as a researcher and project leader, he also serves as deputy director and air warfare area lead for the Operational Evaluation Division within the IDA Systems and Analyses Center.

Dean’s most lasting legacy is the cadre of IDA analysts who have benefited from his mentorship. Dean is generous in offering support and guidance to less experienced researchers, effectively passing down his own high standards for in-depth analysis and good report writing. He leads by example, consistently exhibiting a willingness to take charge whenever and wherever there is a need. He is proactive in these efforts, always on the lookout for problems affecting the division and ways to resolve them.

Dean joined IDA in 1991 after 4 years of service at the Center for Naval Analyses. He earned a PhD in physics from the State University of New York (SUNY) at Stony Brook in 1987.