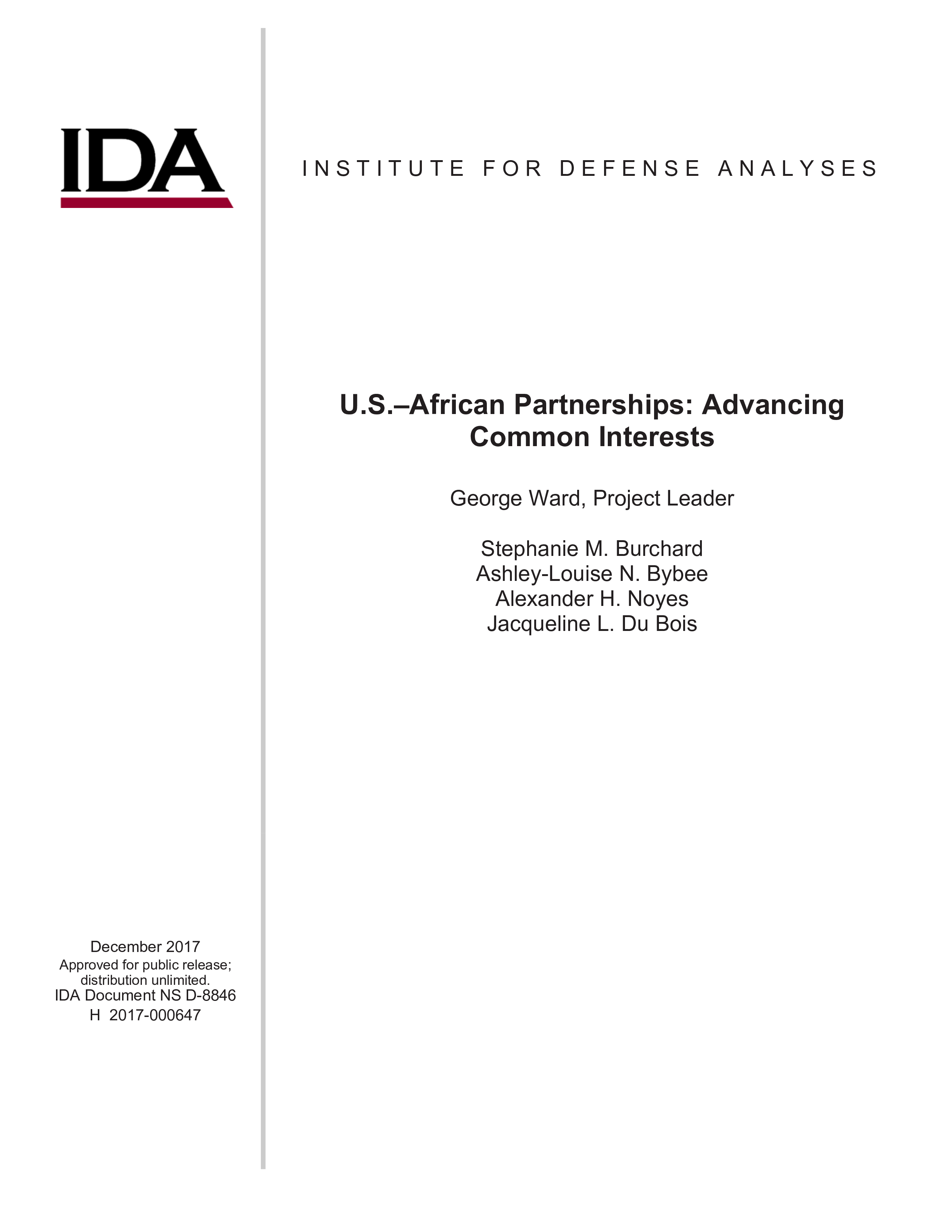 This report summarizes the proceedings of a symposium called U.S.–African Partnerships: Advancing Common Interests convened at the Washington, D.C., headquarters of the United States Institute of Peace (USIP) on September 13, 2017. Approximately 200 Africa specialists participated in the symposium, the second in a planned annual series. The event was co sponsored by the Africa Center for Strategic Studies, the Institute for Defense Analyses, the National Intelligence University, the Office of the Director of National Intelligence, and USIP. Men, women, and youth from a variety of communities were represented at the symposium, including U.S. government agencies and military commands, academia, think tanks, nongovernmental organizations, and the private sector.