The Nexus of Power Sharing and Security Reform in Togo: Has Inclusive Government Improved Civil-Military Relations and Prospects for Stability? 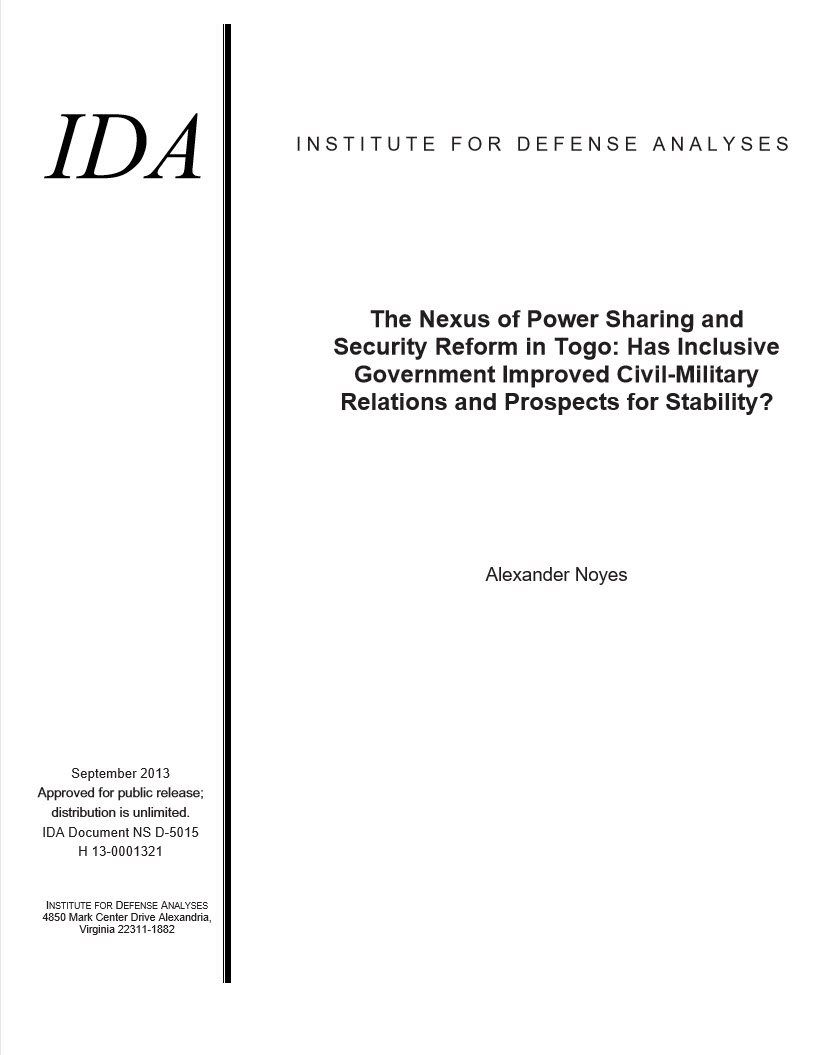 The extant literature does not adequately address the relationship between power-sharing government and civil-military relations. To what extent does inclusive government help advance civilian control and reform of the security sector, particularly in transitional contexts in sub- Saharan Africa where the military has historically played an active role in the political sphere? Building on the emerging literature on postelection power sharing, this paper examines the under-researched case of Togo. Based on interviews with stakeholders in Togo, the paper suggests that a combination of three international and domestic factors have shaped security sector reform outcomes under inclusive government in Togo. While the Togolese military continues to wield some political influence, international pressure, the strong security reform content of the power-sharing agreement, and a change in party leadership have helped achieve some real, if fragile, progress on security sector reform in Togo, especially from 2006 to 2010. Togo’s experience with inclusive government and security reform offers generalizable lessons for other transitional countries with troubled civil-military relations that are experimenting with inclusive institutions, namely, that under certain conditions, security sector reform progress is possible, even in cases where the military has a long history of engagement in politics.