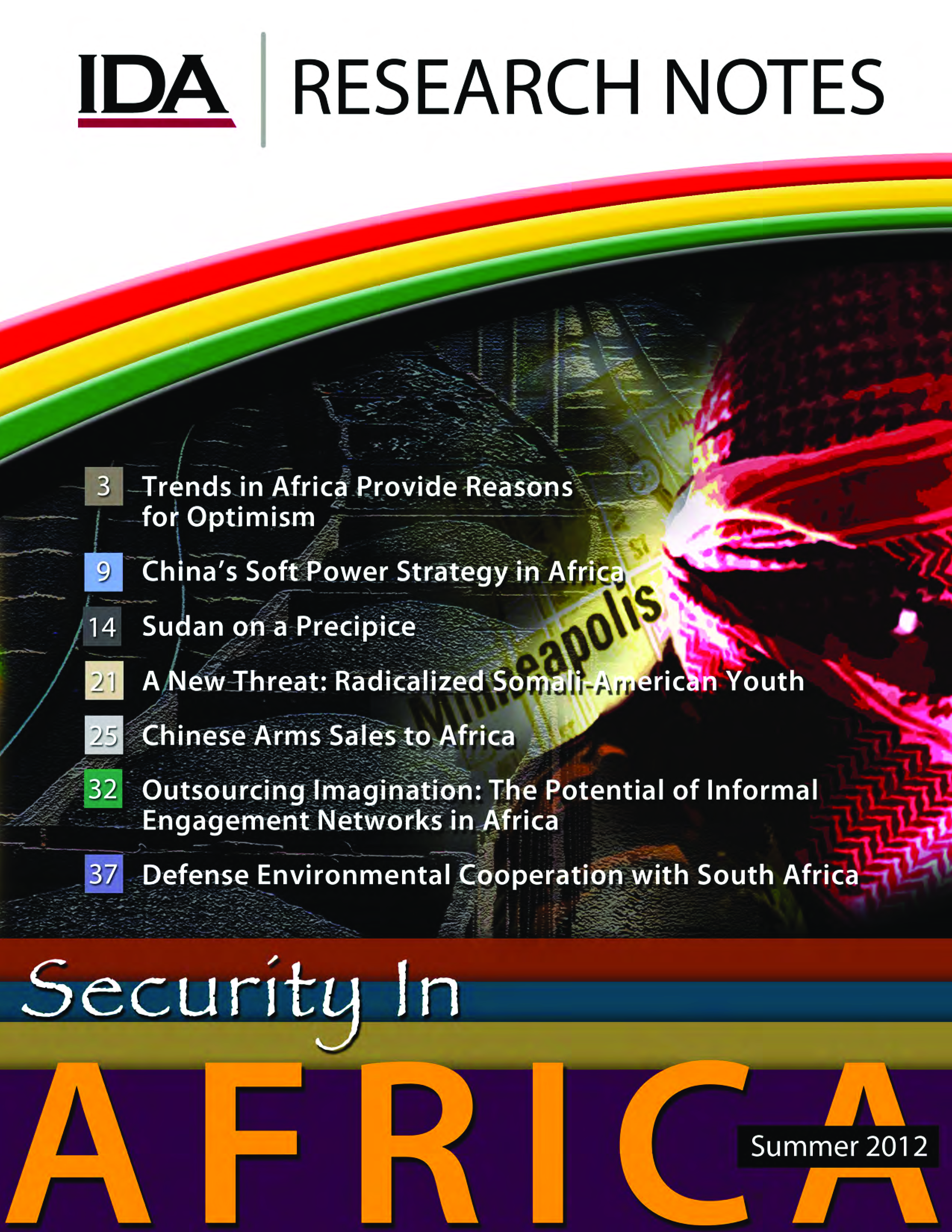 Home to nearly a billion people, about 15 percent of the earth's population, Africa is second only to Asia as the world’s most populous continent. Yet, few in the United States - even those tasked with considering issues of defense strategy - know a great deal about a region rich in human potential and natural resources, beset by daunting governance and health issues, and almost certainly of increased strategic importance in coming decades. This edition of IDA Research Notes presents analyses and observations offered by the growing number of IDA researchers focusing their attention on the continent’s more than 50 nation-states and territories.