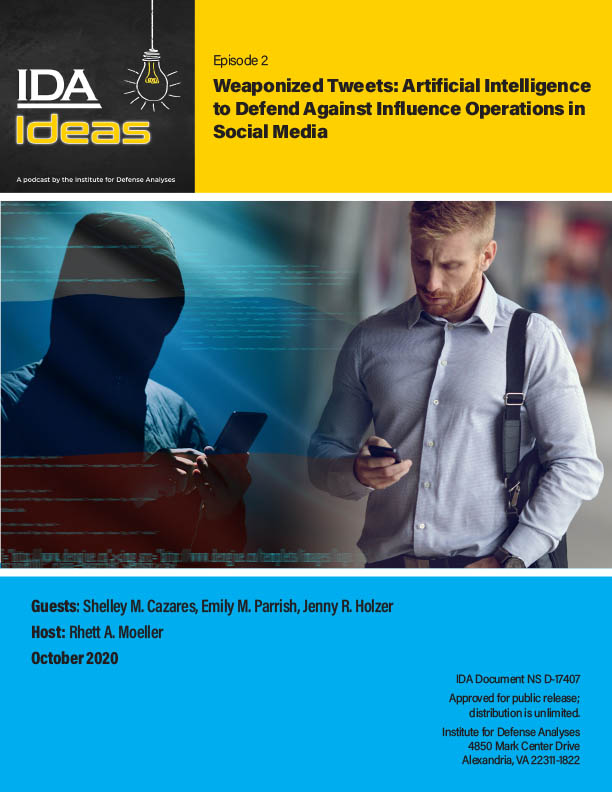 IDA Ideas host Rhett Moeller spoke to researchers from the Science and Technology Division of IDA’s Systems and Analyses Center about their use of machine learning to create a prototype system for analyzing Twitter posts that U.S. adversaries made to influence public opinion in the years leading up to the 2016 U.S. Presidential election. Joining him are Shelley Cazares, who leads the ongoing project, and two members of her team, Emily Parrish and Jenny Holzer.

The project began in 2018 with about three million tweets from early 2012 through early 2018 that had been posted by the Russian-backed Internet Research Agency. The team set out to create a prototype system using open-source software tools that could have helped intelligence analysts during that time. Using a machine learning technique called Latent Dirichlet Allocation and open-source software called MALLET, the team found that the topics of the adversary’s tweets evolved over time into several tactical phases. Specifically, their English tweet topics grew tighter over time, more specific, more negative, and more polarizing, with their final pattern solidifying one full year before the 2016 election. With this system, this and other revealing information about U.S. adversaries’ social media operations could be reported to U.S. Government decision makers with as little as one month of lag time.

Listen to the podcast 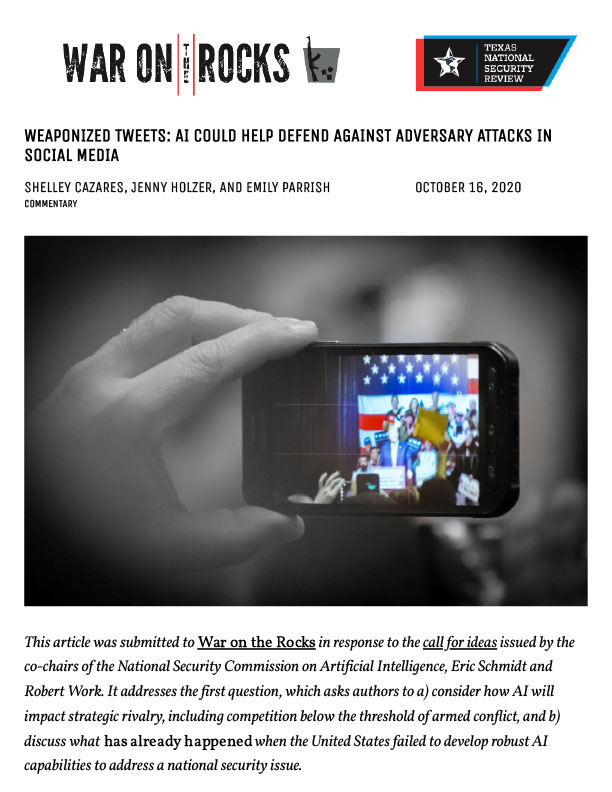