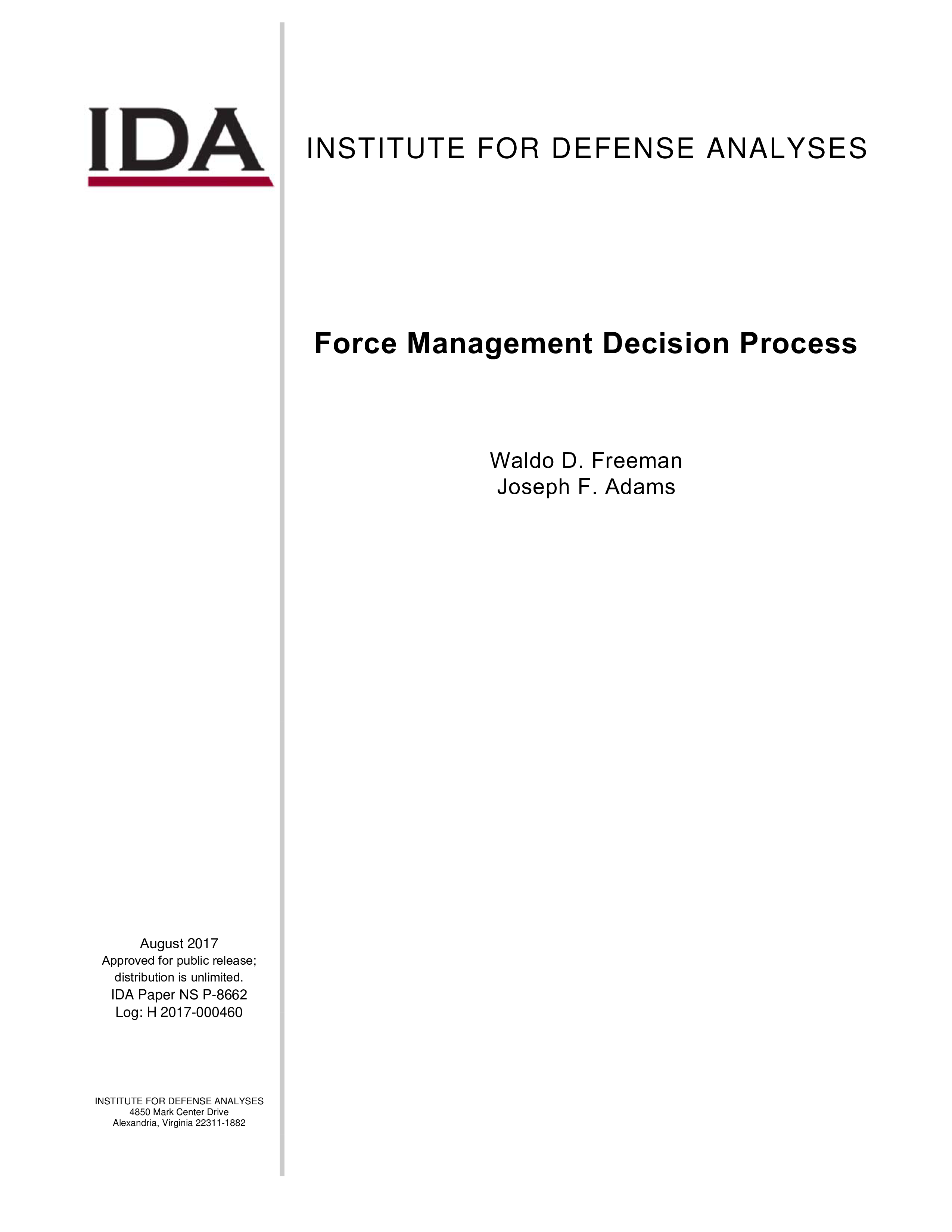 Force management when compared to the other major decision making processes through which the Secretary directs the DOD, such as the program budget and the acquisition systems, may be the least documented, least governed, least integrated, and have the least oversight. Consequentially it is the poorest functioning, while at the same time being arguably, the most important. Force management determines who goes to war, how the burden of deployment is distributed to the operational chain of commands (the combatant commands) and even how well prepared organizations and its individuals are for the task they will have to accomplish.