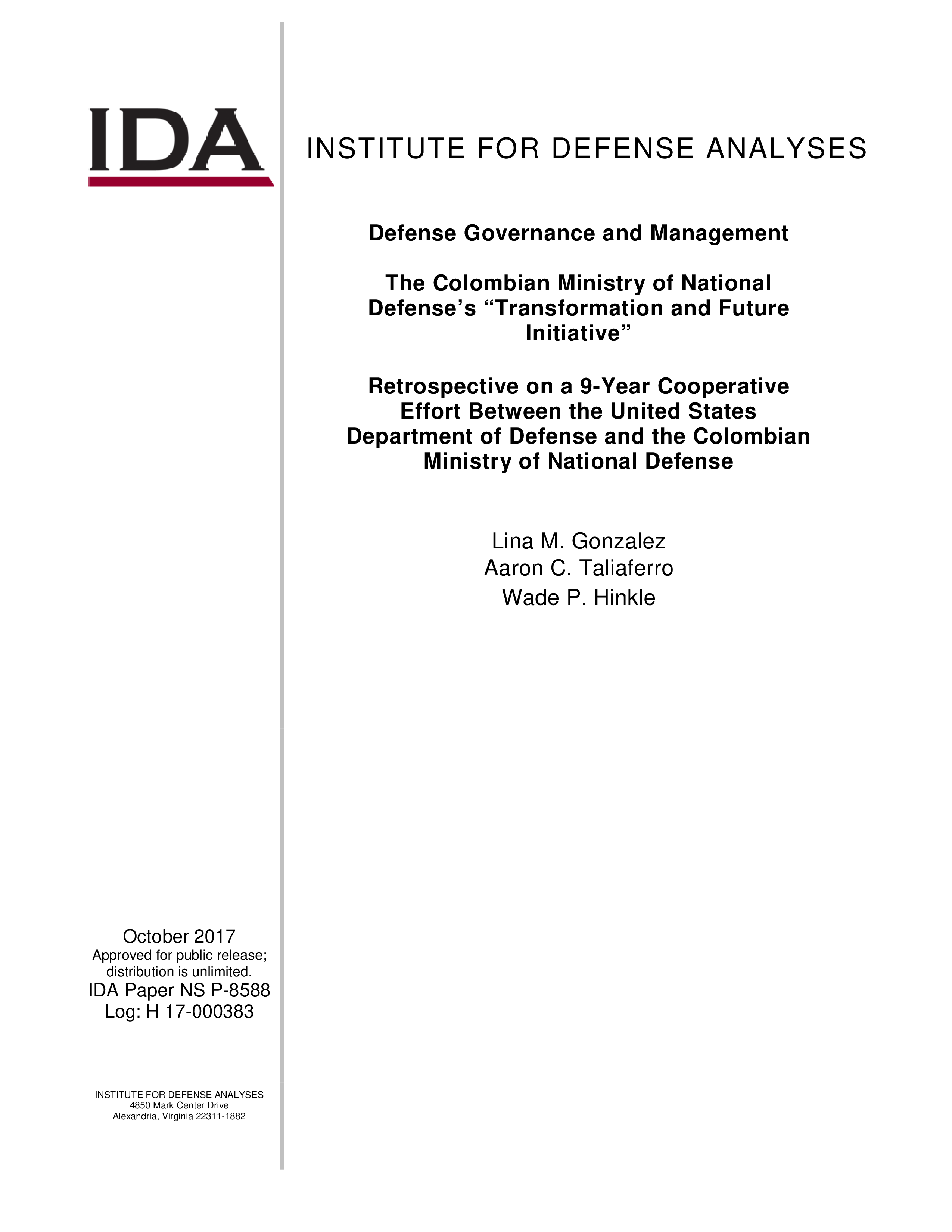 The Transformation and Future Initiative (TFI) of the Colombian Ministry of National Defense (MND) was a pre-emptive action to prepare the Colombian Defense and Security sector for a security environment not predominantly characterized by internal conflict. Buoyed by consistent national policy and relatively stable senior civilian leadership in the sector over four consecutive presidential terms (from 2002 to the present), the Colombian TFI provides a model of change management in the public sector. Throughout the past two decades and from the beginning of TFI, the U.S. Department of Defense (DOD) has supported the Colombian Defense and Security sector’s efforts. Specific to TFI, DOD has provided through direct advisory assistance. This paper explains MND efforts to transform the management practices of the Defense and Security sector as the security situation in Colombia changed and to provide a retrospective commentary on the U.S. advisors’ assistance. The paper’s source material is drawn from a series of interviews (transcripts included in appendix B) with current and former MND officials, as well as the first-hand experience of the authors (one a former employee of the Colombian MND and the other an advisor tasked by DOD to assist the Colombian MND with TFI).