Convergence Behavior of Series Solutions of the Lambert Problem 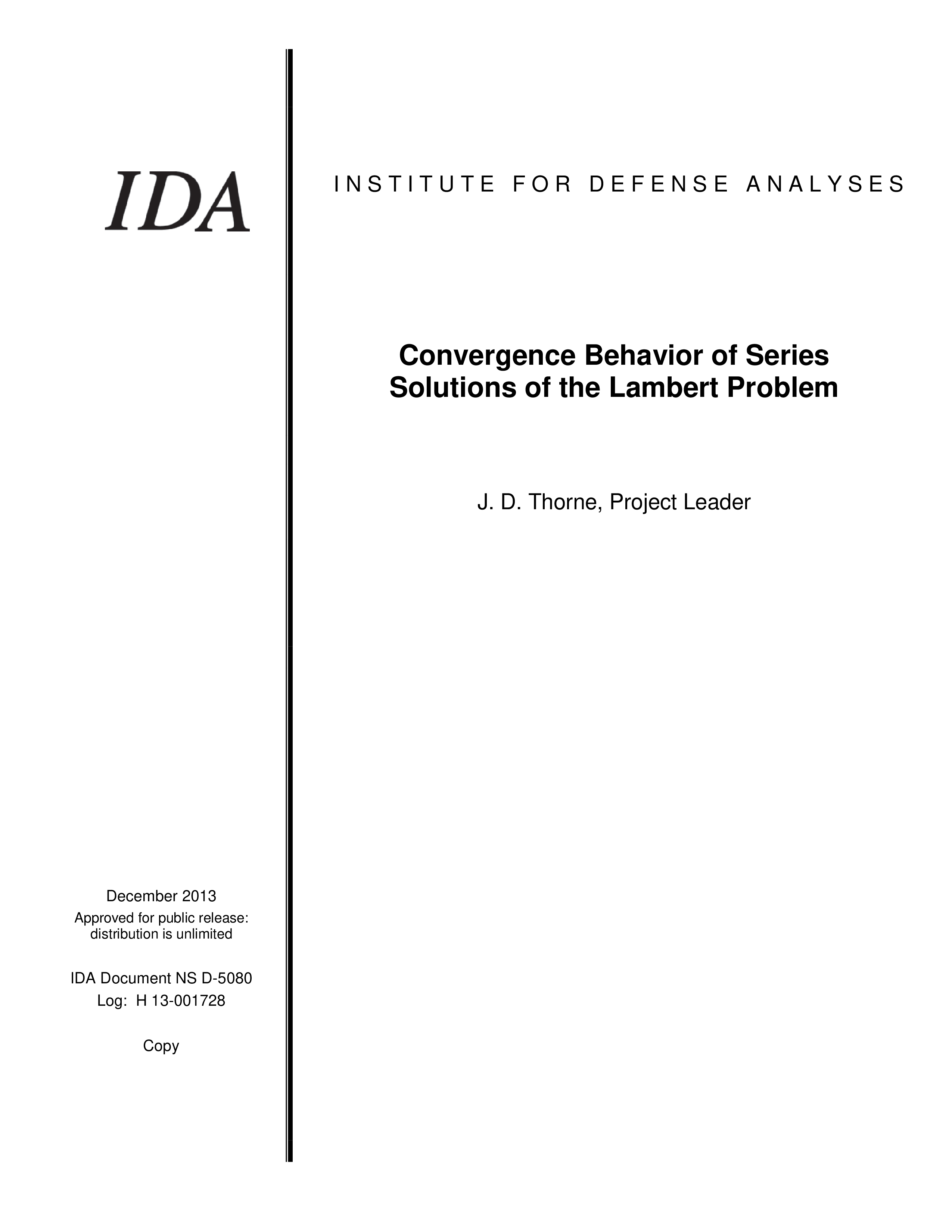 Lambert's problem, to find the unique conic trajectory that connects two points in a spherical gravity field in a given time, is represented by a set of transcendental equations due to Lagrange. The associated Lagrange equations for the orbital transfer time may be expressed as series expansions for all cases. Power series solutions have been published that reverse the functionality of the Lagrange equations to provide direct expressions for the unknown semi-major axis as an explicit function of time. The convergence behavior of the series solutions is examined over the range of possible transfer angles and flight times. The effect of arbitrary precision calculations is shown on the generation of the series coefficients.