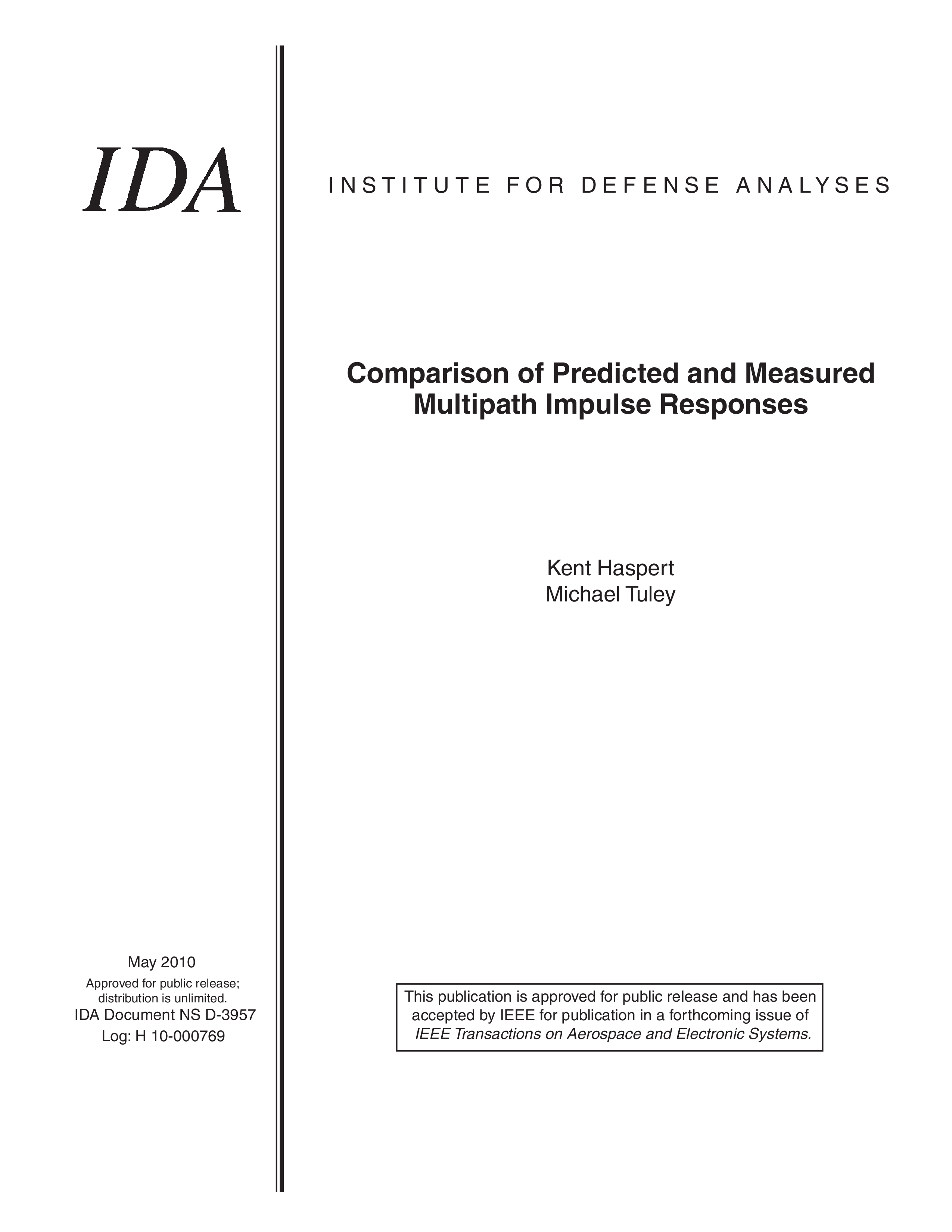 The fundamental concepts used to evaluate multipath effects date back over 50 years. Today’s technology can support wide-bandwidth communications and radar systems that were not available or considered when these multipath concepts were being formulated. This paper presents a slightly modified version of the original analytical approaches for evaluating multipath effects and compares the predicted multipath to data collected from a wideband instrumentation radar. The multipath model presented herein covers both the specular (coherent) and diffuse (noncoherent) components of multipath. The test data were collected for conditions strongly favoring diffuse multipath, but the experimental technique supported detection of any unanticipated specular contributions. Because the purpose of this validation effort was to perform an in-depth examination of multipath effects, the demanding test conditions revealed a couple of real-world effects that had to be addressed. After incorporating these effects into the analytical multipath formulations, we were able to show very close agreement between the predicted and observed multipath.