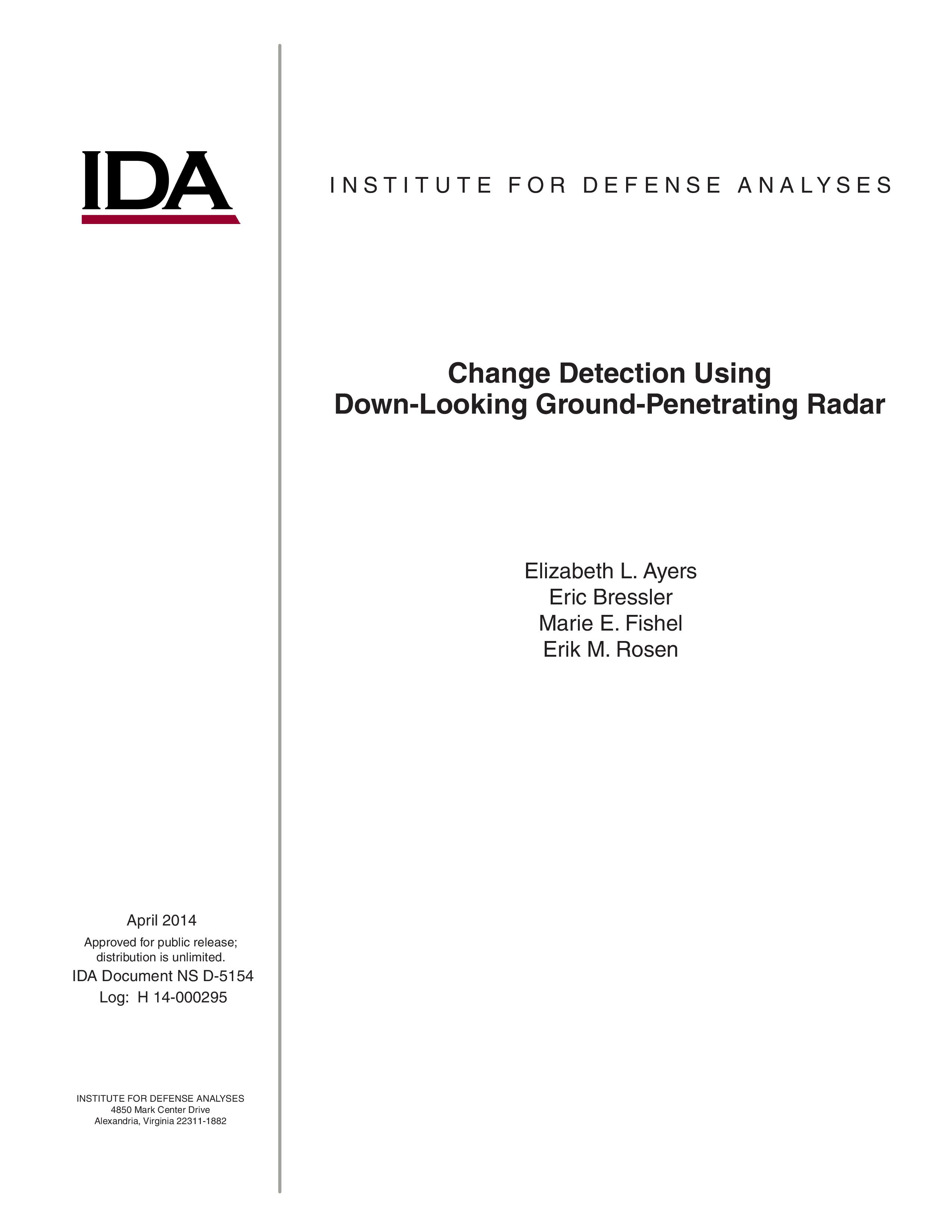 Down-looking ground-penetrating radar (DLGPR) has been used extensively for buried target detection. For operational implementations, the sensor is used in direct-detection mode, where algorithms process data while the system moves down roadways. Decisions are made before a system passes over the target. Change detection works by passing over an area before and after targets are buried. By comparing before-and-after data, change detection can improve DLGPR performance, but it also has inherent operational limitations. Performance enhancements include mitigating the effects of anomalies not associated with targets and increasing the detection probabilities of deeper targets through indirect means. In the latter case, deeply buried targets that do not appear in the GPR data can be indirectly detected using change-detection methods if the patch of ground where the target is buried has been significantly modified from its original undisturbed state. In this paper, we explore decision-based change-detection approaches for enhancing the performance of a DLGPR system and enumerate the limitations of the approach.