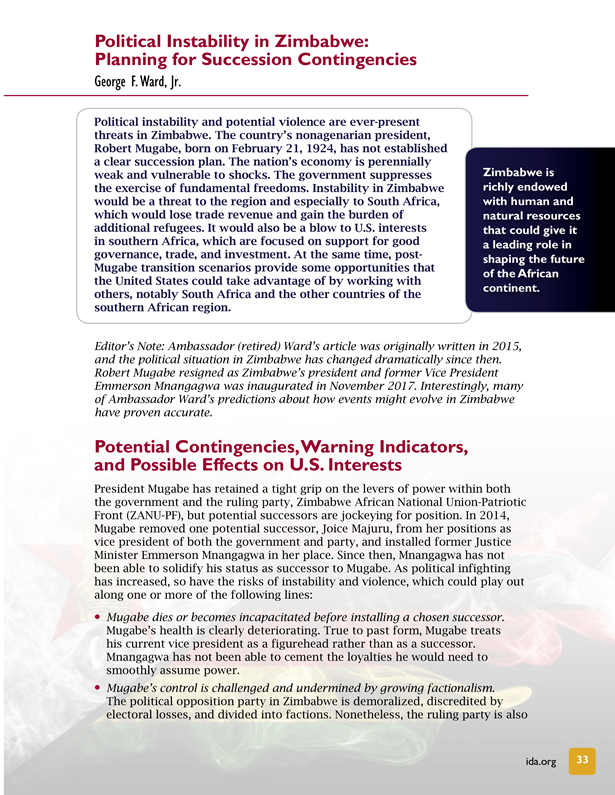 Political instability and potential violence are ever-present threats in Zimbabwe. The country’s nonagenarian president, Robert Mugabe, born on February 21, 1924, has not established a clear succession plan. The nation’s economy is perennially weak and vulnerable to shocks. The government suppresses the exercise of fundamental freedoms. Instability in Zimbabwe would be a threat to the region and especially to South Africa, which would lose trade revenue and gain the burden of additional refugees. It would also be a blow to U.S. interests in southern Africa, which are focused on support for good governance, trade, and investment. At the same time, postMugabe transition scenarios provide some opportunities that the United States could take advantage of by working with others, notably South Africa and the other countries of the southern African region.