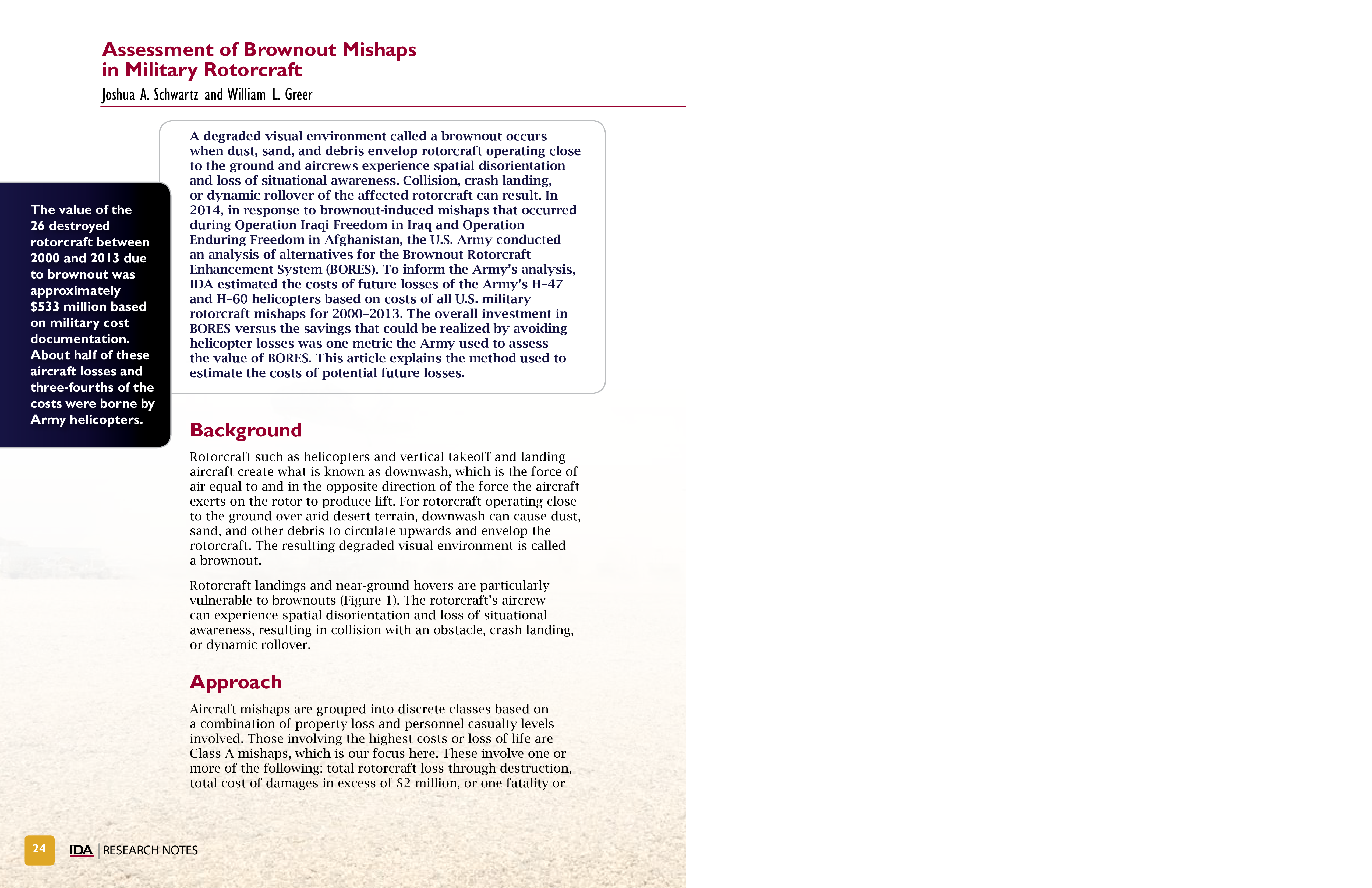 A degraded visual environment called a brownout occurs when dust, sand, and debris envelop rotorcraft operating close to the ground and aircrews experience spatial disorientation and loss of situational awareness. Collision, crash landing, or dynamic rollover of the affected rotorcraft can result. In 2014, in response to brownout-induced mishaps that occurred during Operation Iraqi Freedom in Iraq and Operation Enduring Freedom in Afghanistan, the U.S. Army conducted an analysis of alternatives for the Brownout Rotorcraft Enhancement System (BORES). To inform the Army’s analysis, IDA estimated the costs of future losses of the Army’s H–47 and H–60 helicopters based on costs of all U.S. military rotorcraft mishaps for 2000–2013. The overall investment in BORES versus the savings that could be realized by avoiding helicopter losses was one metric the Army used to assess the value of BORES. This article explains the method used to estimate the costs of potential future losses.