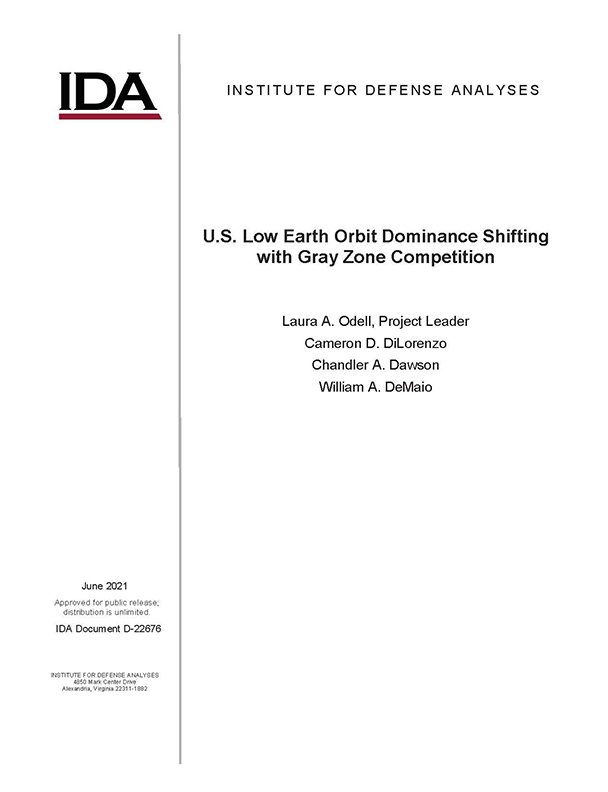 Low Earth orbit (LEO) satellites are enabling access beyond the terrestrial confines of Earth to a broader range of consumers of space and space services. This commercialization of a previously government- and military-dominated sector presents opportunities and risks for the U.S. Government and the Department of Defense (DoD). As access to space has grown dramatically in recent years, so too has the number of companies and organizations entering into orbit each year. Although the inherently high costs and risks of the space economy mean that many of these companies could fail, the sheer number of entrants imply a much more accessible and competitive space ecosystem than ever before. Space watchers have projected that dozens of new competitors will enter LEO in the next few years, some of which will have significant financial backing and state sponsorship. This dynamic will require DoD to work harder to maintain and secure national assets targeted by peer competitors engaged in gray zone competition.