Togo’s 2012 Legislative Elections and Political Violence: Reaping the Failure of the 2006 Comprehensive Political Accord 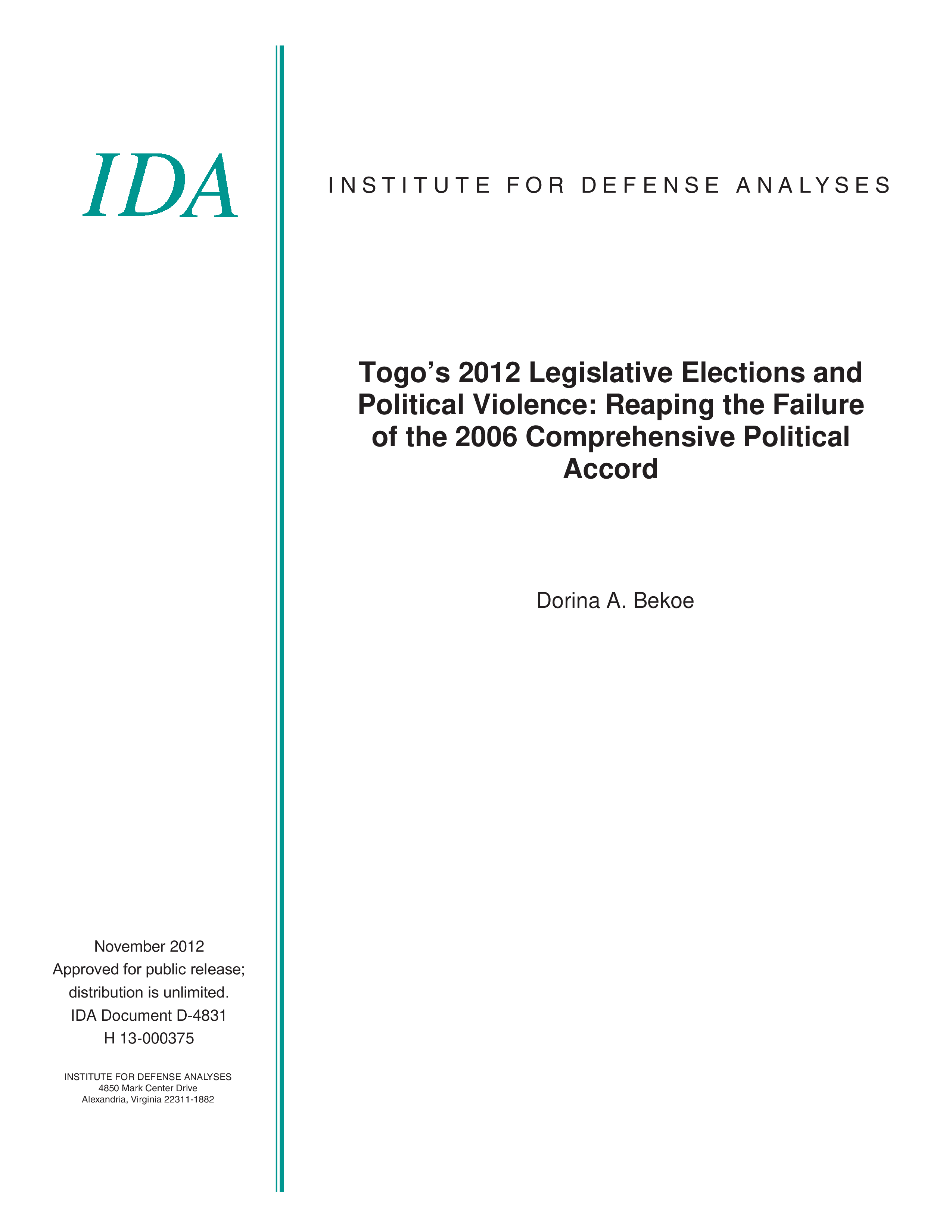 Togo’s legislative elections, expected to have taken place in October 2012, were postponed. No new date has been proposed, and the country appears to be at a political stalemate. Togo’s major opposition groups have waged near constant protest since the 2010 presidential elections, which were accepted internationally but heavily criticized at home. Currently, the major opposition is represented by the Collectif Sauvons le Togo (CST, Let’s Save Togo Collective) and the Coalition Arc-en-Ciel (CAEC, the Rainbow Coalition). The protests by the opposition have been met with robust force by Togo’s security services; political violence has increased dramatically over the past two years. Should the Togolese government push forward with holding the elections in the face of severe opposition protests, it will not only guarantee the persistence of the political impasse, but it will also return the country to its violent past. Unfortunately, in the face of little international pressure on Togo’s ruling party to seek compromise, dialogue, and free and fair elections, there is little prospect to halt the country’s march in this direction.