Threats to U.S. Competitiveness in Space: Oral and Written Statements for the 21 February 2018 Meeting of the U.S. National Space Council 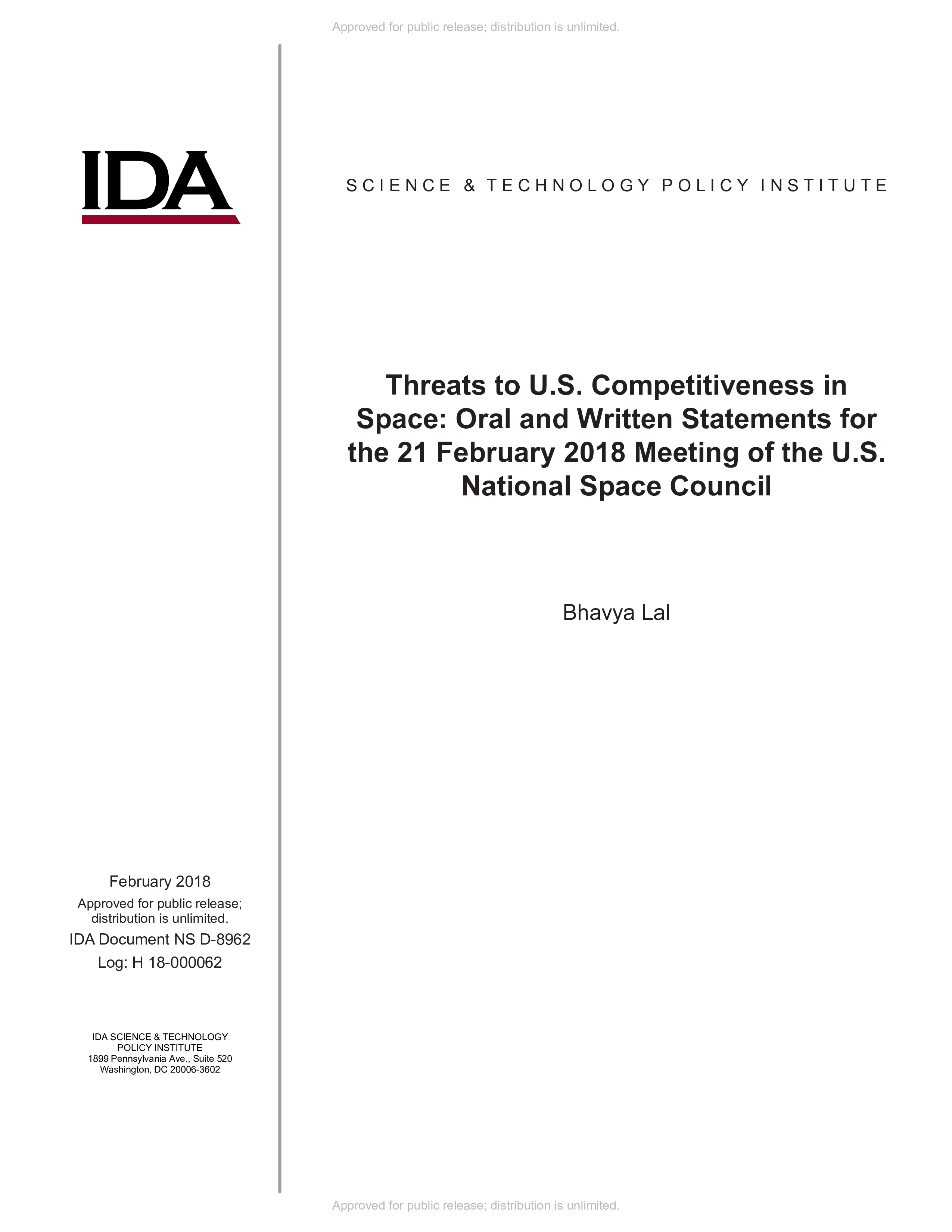 This document includes written and verbal statements prepared for the National Space Council's second meeting "Moon, Mars, and Worlds Beyond: Winning the Next Frontier" chaired by Vice President Mike Pence and hosted by NASA’s Kennedy Space Center in Florida on Wednesday, February 21, 2018. The discussion included testimonials from leaders in the civil, commercial, and national security sectors about the importance of the United States' space enterprise. This publication presents some of the challenges the United States faces with regard to maintaining its international competitiveness in space, as well as some recommendations on how to retain its preeminence.