The United States and Africa—Looking Toward the Next Decade: Symposium Report 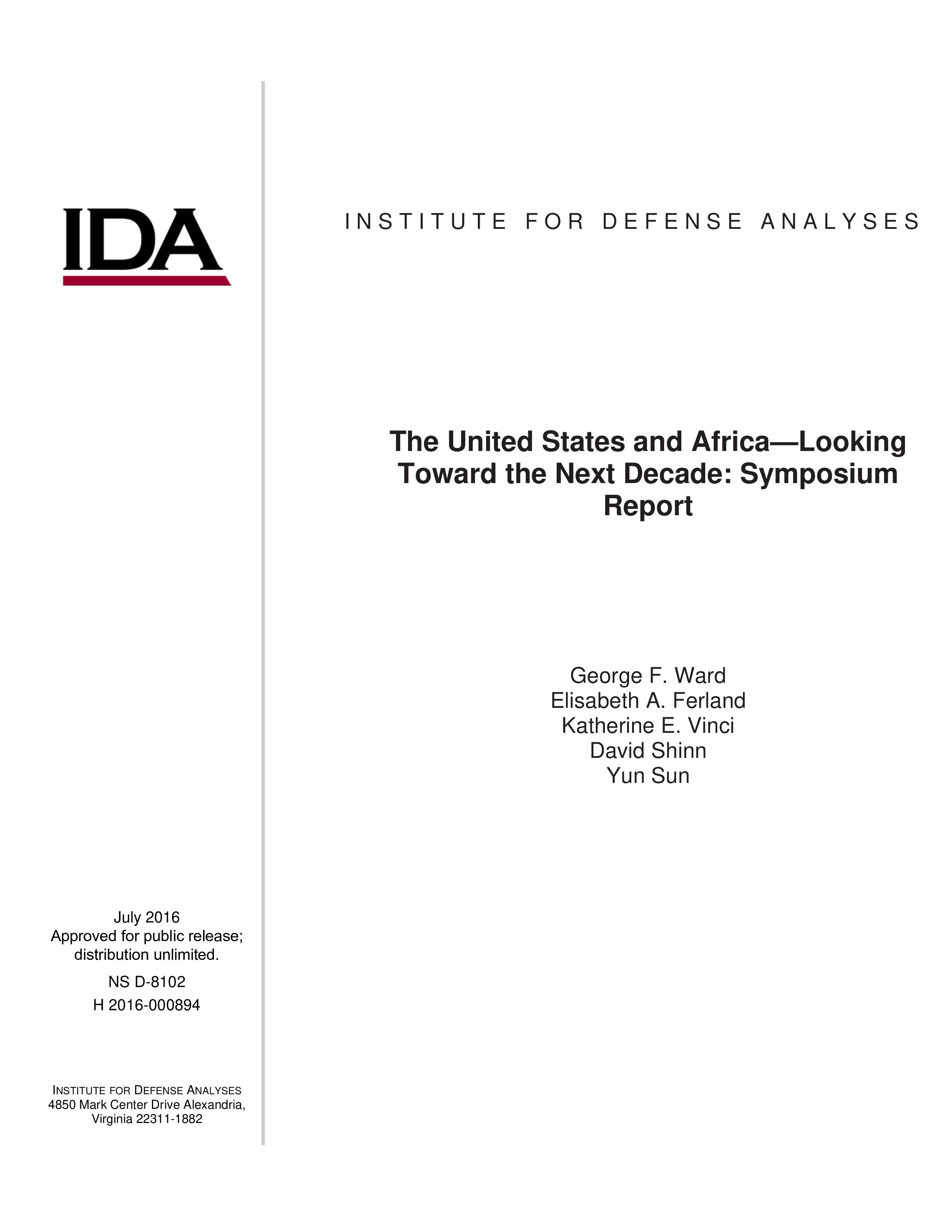 On June 7, 2016, a group of 175 Africa specialists convened at the National Press Club in Washington, DC, under the sponsorship of the Institute for Defense Analyses, the National Intelligence Manager for Africa at the Office of the Director of National Intelligence, and the National Intelligence University, to discuss the outlook for the relationship between the United States and the countries of Africa over the coming decade. Participants in this symposium came from a variety of communities interested in Africa—U.S. Government agencies and military commands, academia, think tanks, and non-governmental organizations. Several ambassadors and other diplomats from African embassies in Washington also participated. This report summarizes the presentations and the panel discussions included in the symposium. The subjects of the panel discussions were: African megatrends, Africa's external partnerships, and policy alternatives for the United States