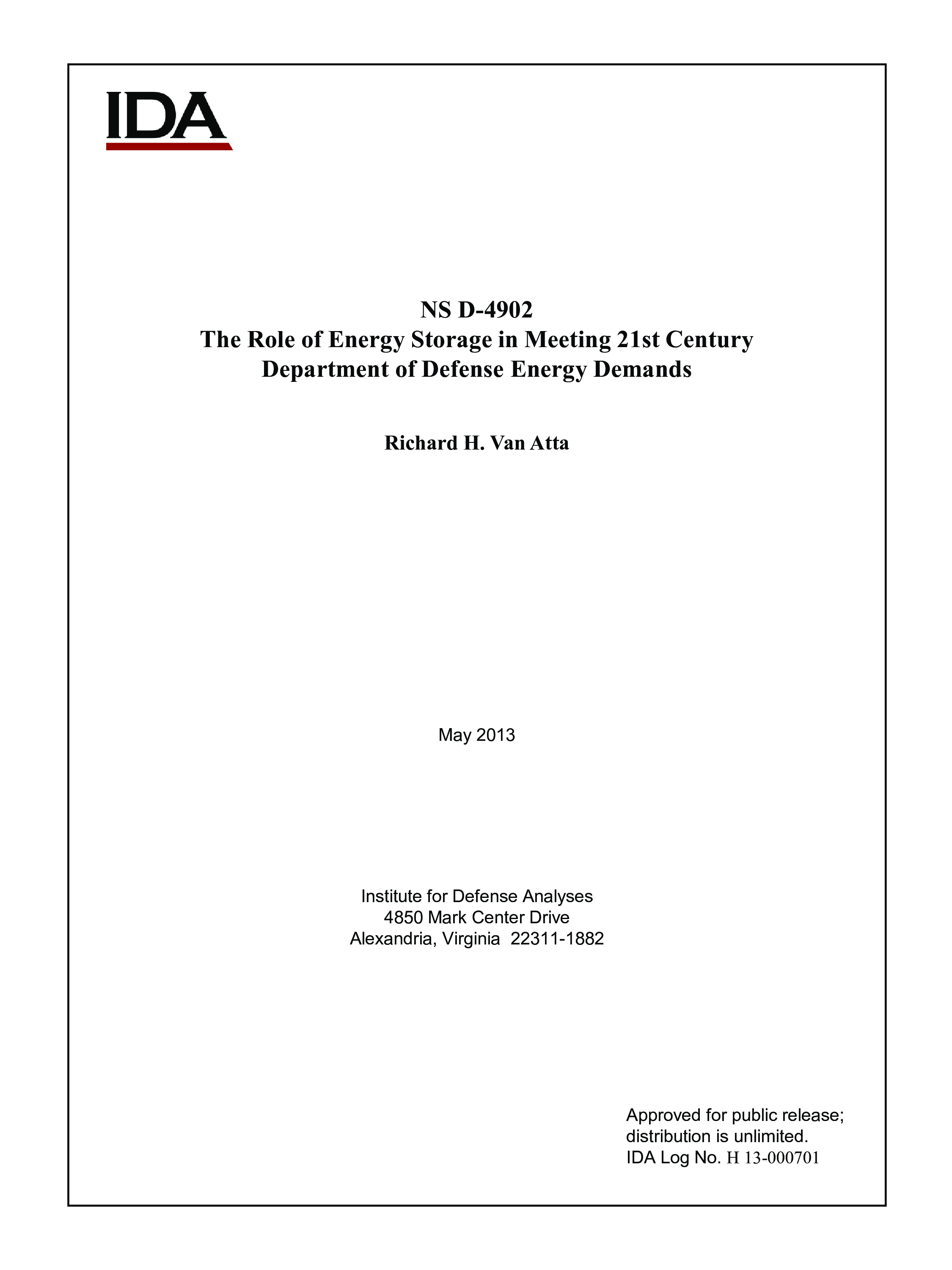 This paper has been developed for the Annual Eastern Conference of the Rutgers University Center for Research in Regulated Industries (CRRI) Advanced Workshop in Regulation and Competition. A major focus area of CRRI is energy regulation, competition, and market offerings. Power and energy are critical to all Department of Defense (DOD) missions. As the capabilities of the force have increased through the years, so have the power and energy demands, leading the DOD to now factor energy into key decisions. Despite an escalating number of energy goals and initiatives, the role of energy storage is not well established across the varied DOD use environments. This paper focuses primarily on power and energy use in operational energy environments: expeditionary base camps, aviation systems, surface systems, and soldier power. Results from a literature review and interviews with subject matter experts were used to explore the role of energy storage in each of these environments. Additionally, some of the most important parameters that should be considered when implementing energy storage technologies are described.