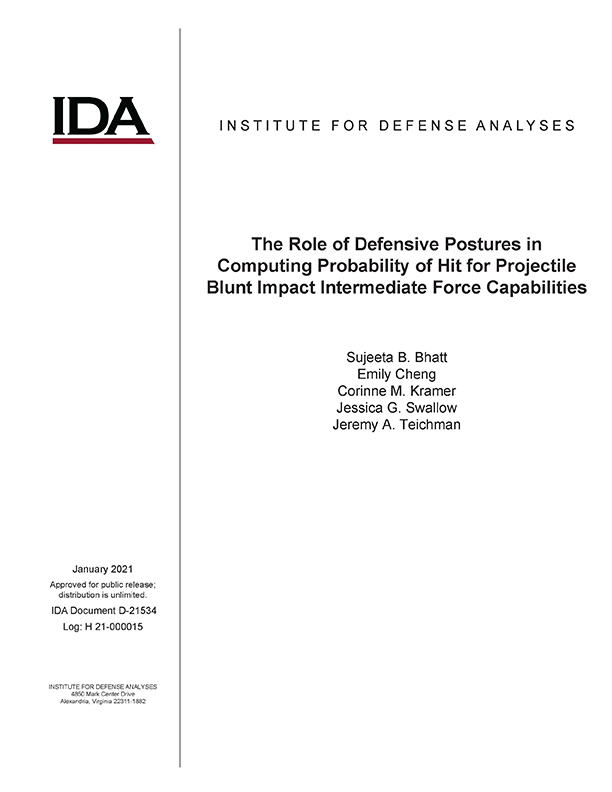 Risk of significant injury (RSI) from blunt-impact intermediate-force capabilities is computed by summing the conditional probabilities of significant injury for impacts to different body regions weighted by the probability of hit, or p(hit), for those body regions. These p(hit) distributions are typically computed without regard to the effects of target behavior. This report analyzes how p(hit) distributions are affected by defensive behaviors, such as crouching, turning to the side, or moving the arms to block the head or torso. By analyzing simulated weapon-dispersion patterns overlaid on a dataset of segmented images collected for a range of defensive postures and subjects, we quantitatively evaluate the effect of defensive postures on body-region-specific p(hit) distributions for multiple aim points and weapon-dispersion patterns. We show that defensive postures cause changes in how projectile impacts from a blunt-impact weapon are distributed over the regions of the body that can affect overall RSI calculation. Note, however, that the outcome (increased or decreased RSI) is dependent not only on the set of defensive actions taken but also on which regions of the body are most vulnerable to the weapon of interest. To inform the design, training, and concept of operation of each weapon, we conclude that analysis of RSI should account for potential target responses to the intermediate-force capability.