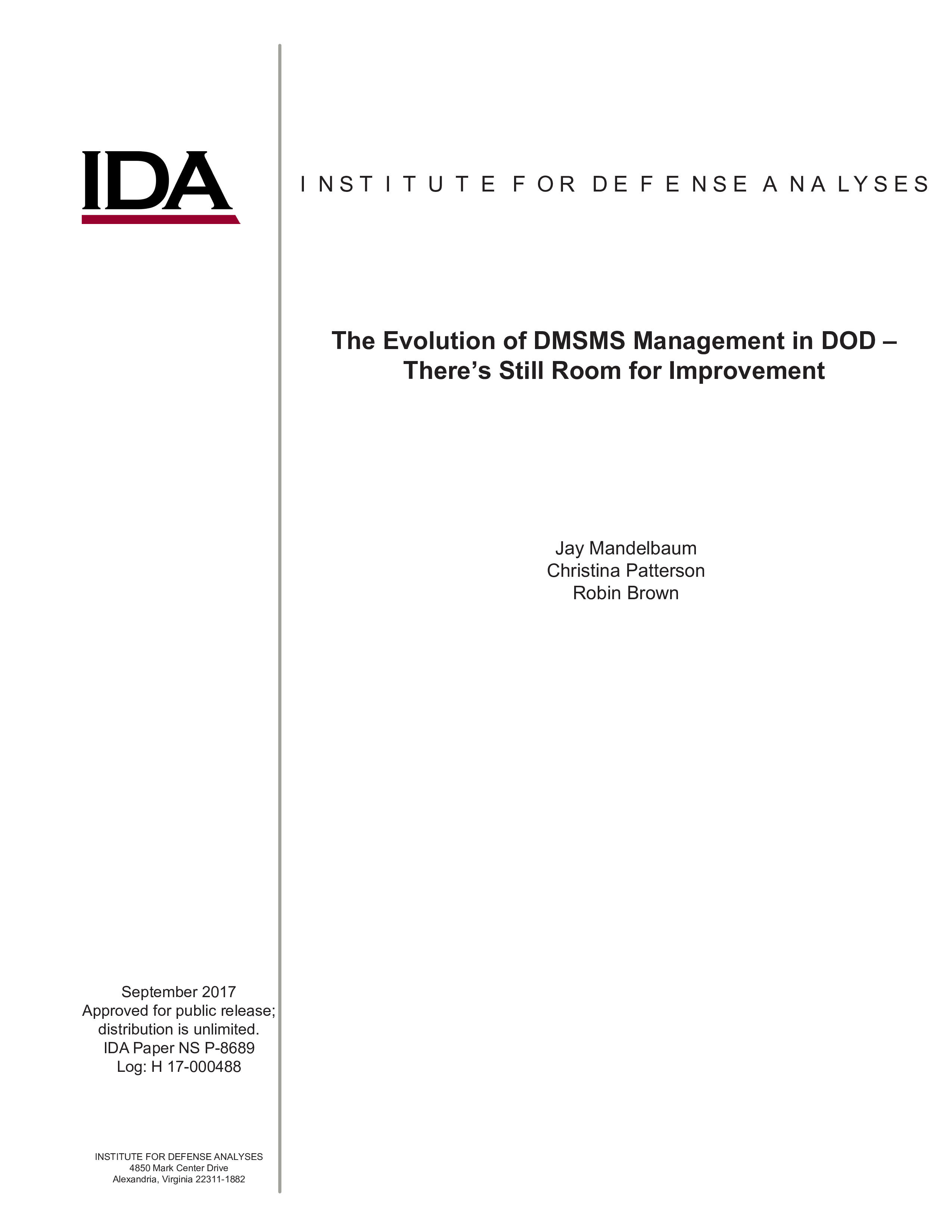 Since 2001, when the last DOD DMSMS Directive was canceled, the only official DOD DMSMS policy has been some limited procedures included in material management/supply chain issuances and one sentence in acquisition policy that appeared in 2015. Despite this lack of progress in the policy arena, we have described significant trends in how DMSMS management capability has improved over time. To some degree, the capability has kept pace with the greater demands for robust, proactive DMSMS management resulting from the increased complexity of new weapon systems, the greater use of COTS assemblies, and the extension of the life cycle of older platforms. DMSMS management guidance has similarly kept pace. The DMSMS community has demanded improved DOD guidance and that demand has been met. The first SD-22 was published in 2006. The current SD-22, dated January 2015, is the fifth version to be issued in a 10-year time span.