The Best of All Possible Worlds: Applying the Model Driven Architecture Approach to a JC3IEDM OWL Ontology Modeled in UML 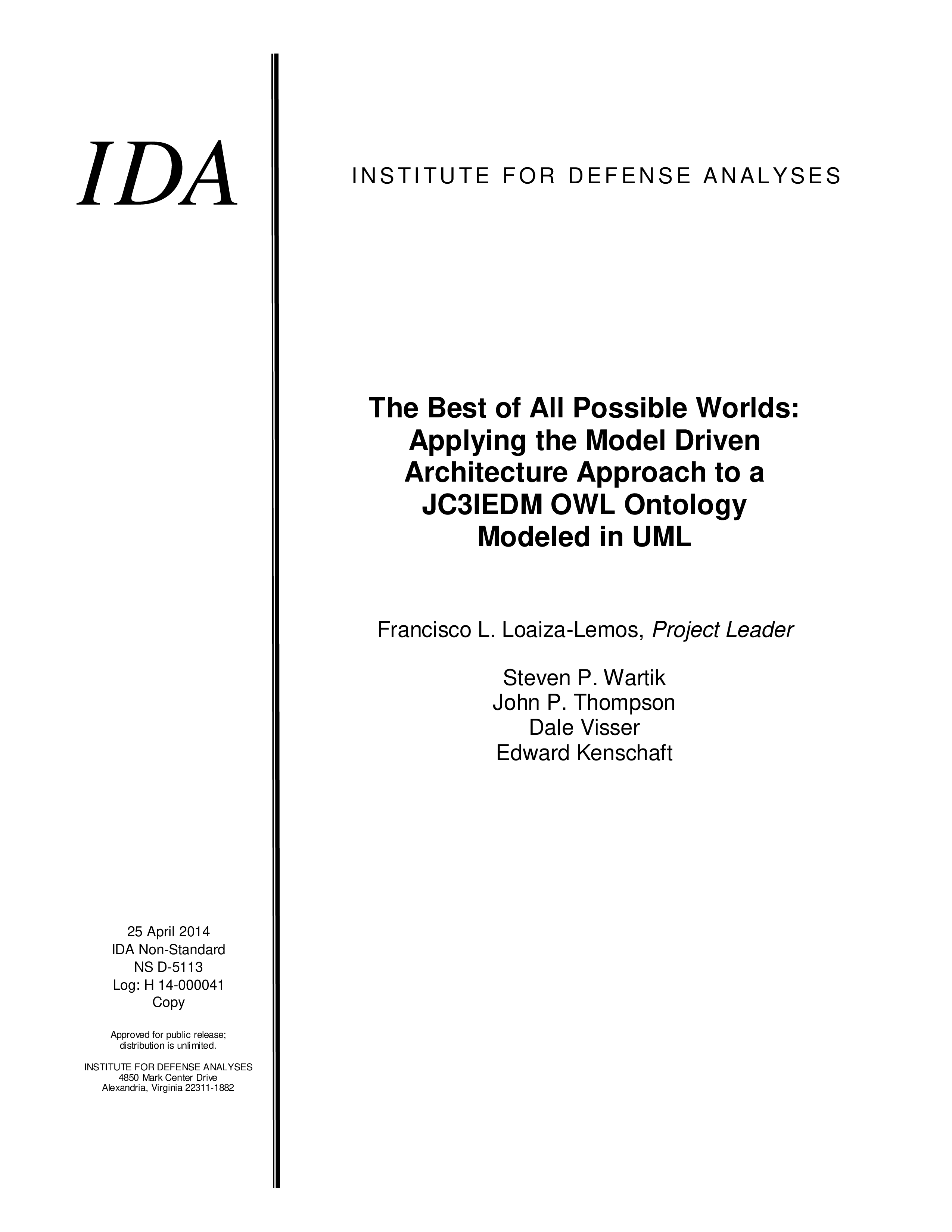 This paper describes how, through the utilization of the Ontology Definition Metamodel (ODM), a profile for expressing OWL constructs in UML, one can combine the power of semantic modeling done in OWL with the substantive advantages associated with the Model Driven Architecture (MDA) software design approach, namely, the reduction in cost and time required to update and maintain complex\ information models, and the improved quality of their physical implementations. Taking the Multilateral Interoperability Programme’s Joint Consultation, Command and Control Information Exchange Data Model (JC3IEDM) as an example of an existing C2 specification written in an Entity Relationship (ER) modeling language, the authors present a detailed workflow that encompasses (a) a methodology for translating existing ER specifications into OWL equivalents, (b) the subsequent conversion of the resulting JC3IEDM OWL ontology into a UML model that uses the ODM profile, (c) the use of the resulting UML model as a Platform Independent Model (PIM), (d) the generation of Platform Specific Models (PSMs) via the application of Query/View/Transformation (QVT) scripts to the JC3IEDM PIM, and (e) the final generation of executable code out of the respective PSMs. The authors also highlight some of the additional benefits of migrating to OWL as the modeling language for information models, namely, the potential for leveraging the inferencing capabilities of ontology languages, as well as for formalizing rule models associated with information models