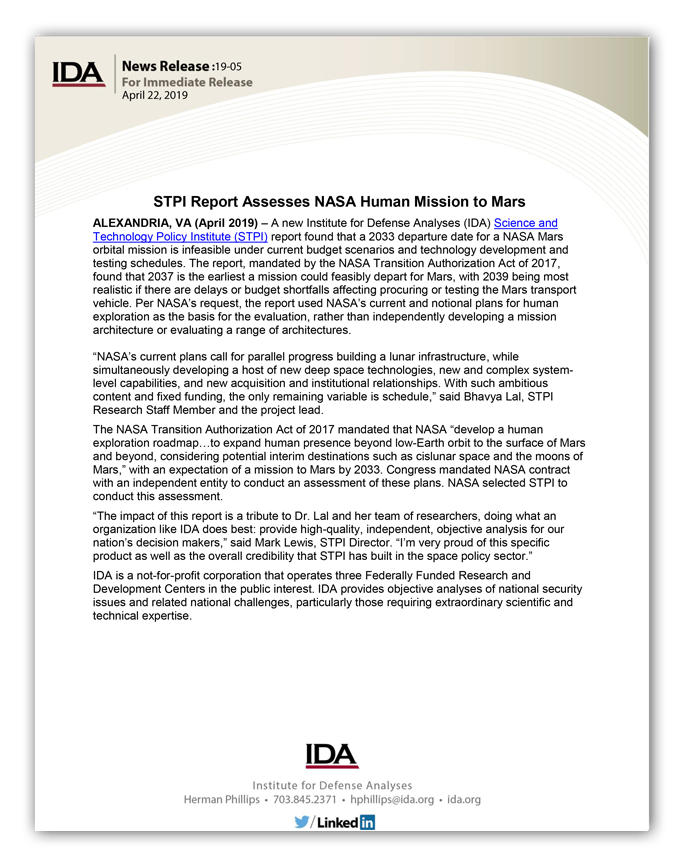 A new Institute for Defense Analyses (IDA) Science and Technology Policy Institute (STPI) report found that a 2033 departure date for a NASA Mars orbital mission is infeasible under current budget scenarios and technology development and testing schedules. The report, mandated by the NASA Transition Authorization Act of 2017, found that 2037 is the earliest a mission could feasibly depart for Mars, with 2039 being most realistic if there are delays or budget shortfalls affecting procuring or testing the Mars transport vehicle. Per NASA’s request, the report used NASA’s current and notional plans for human exploration as the basis for the evaluation, rather than independently developing a mission architecture or evaluating a range of architectures.