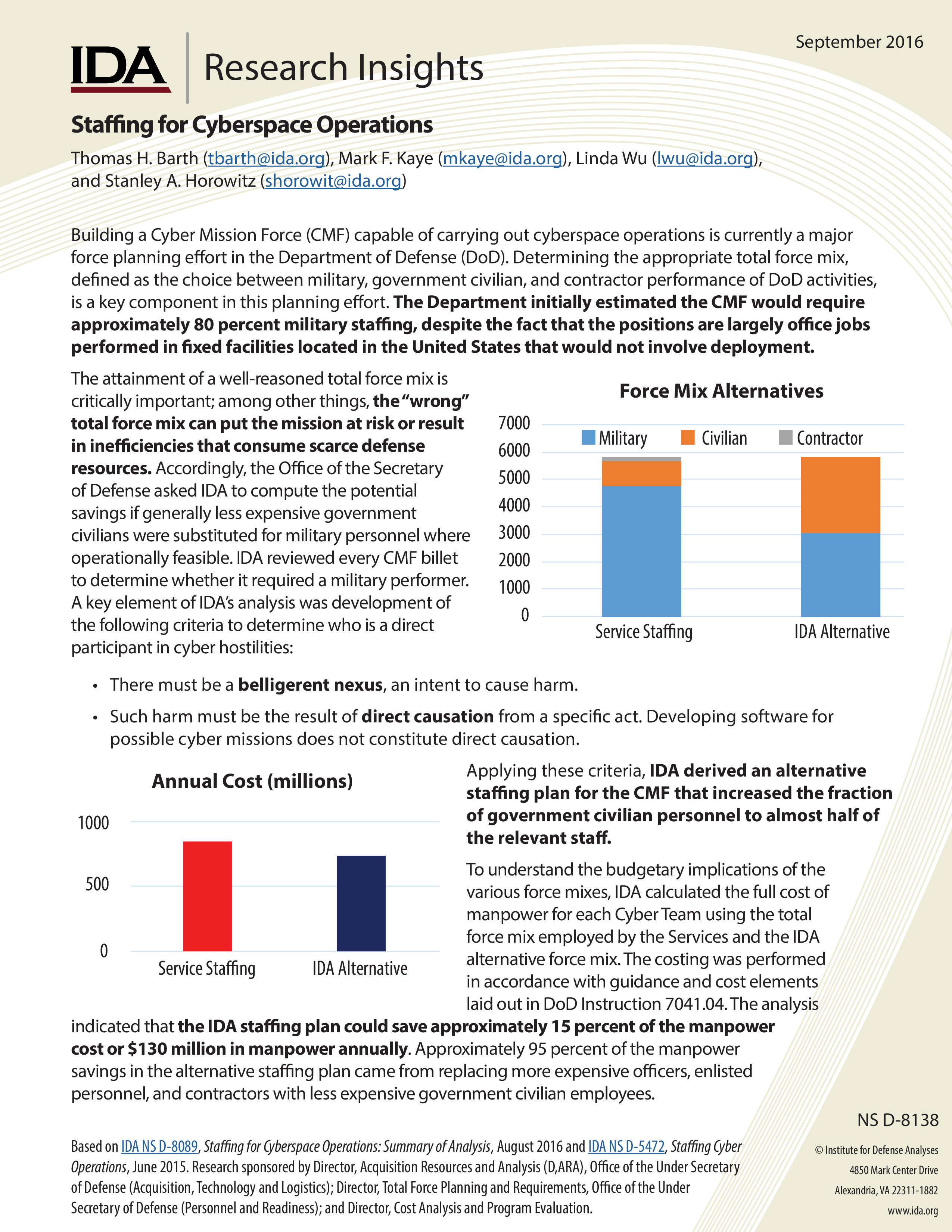 Building a Cyber Mission Force (CMF) capable of carrying out cyberspace operations is currently a major force planning effort in the Department of Defense (DoD). Determining the appropriate total force mix, defined as the choice between military, government civilian, and contractor performance of DoD activities, is a key component in this planning effort. The Department initially estimated the CMF would require approximately 80 percent military staffing, despite the fact that the positions are largely office jobs performed in fixed facilities located in the United States that would not involve deployment.