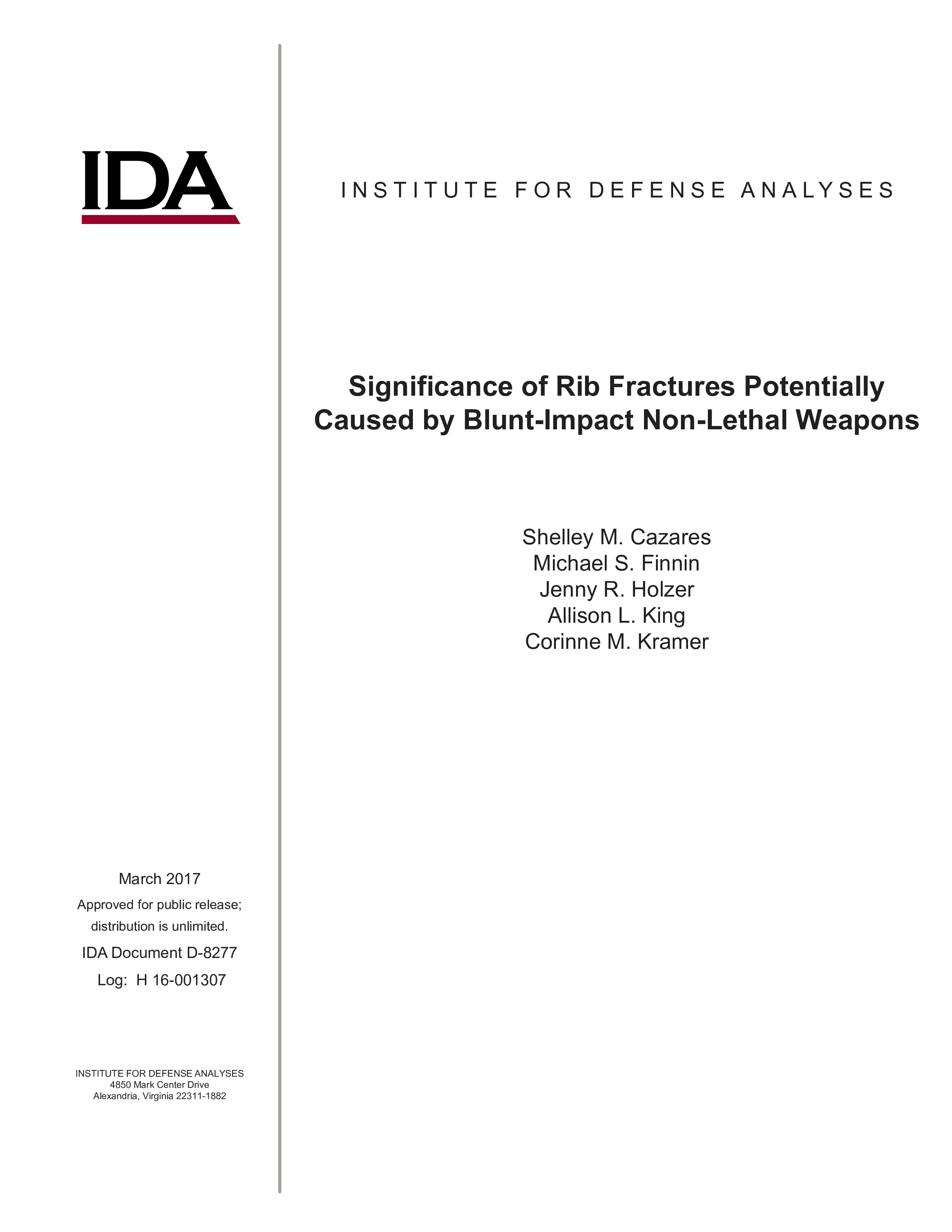 Non-lethal weapons (NLWs) are systems designed and employed to immediately and reversibly incapacitate targeted personnel or materiel, while minimizing fatalities, permanent injuries to personnel, and undesired damage to property. This document considers effects from nonlethal blunt-impact munitions, such as rubber bullets and bean bags. Often employed in crowd dispersal, these munitions serve as a deterrent by inducing pain or muscle spasm at the site of impact of the affected individual. These weapons may also induce rib fractures—the focus of this document. The Joint Non-Lethal Weapons Directorate (JNLWD) serves as the Department of Defense's (DoD) NLW Program Executive Agent’s day-to-day management office. As part of the DoD acquisition process, combat developers must compare the capabilities of NLW systems to requirements to assess the systems’ technical maturity. One particularly important requirement stipulates the acceptable likelihood of injury. This requirement is often quantified as the Risk of Significant Injury (RSI). A NLW’s RSI is a compound metric that estimates the likelihood that the NLW will cause an injury and the significance of that injury. Computational models could potentially estimate the first part of RSI, the likelihood that the blunt-impact produced by a NLW will cause rib fracture. This project focuses on the second part of RSI, the significance of these injuries, which could guide future JNLWD modeling efforts.