Seizing the Peninsula, a Vignette from The Battle for Fallujah, An Education and Training Resource Guide 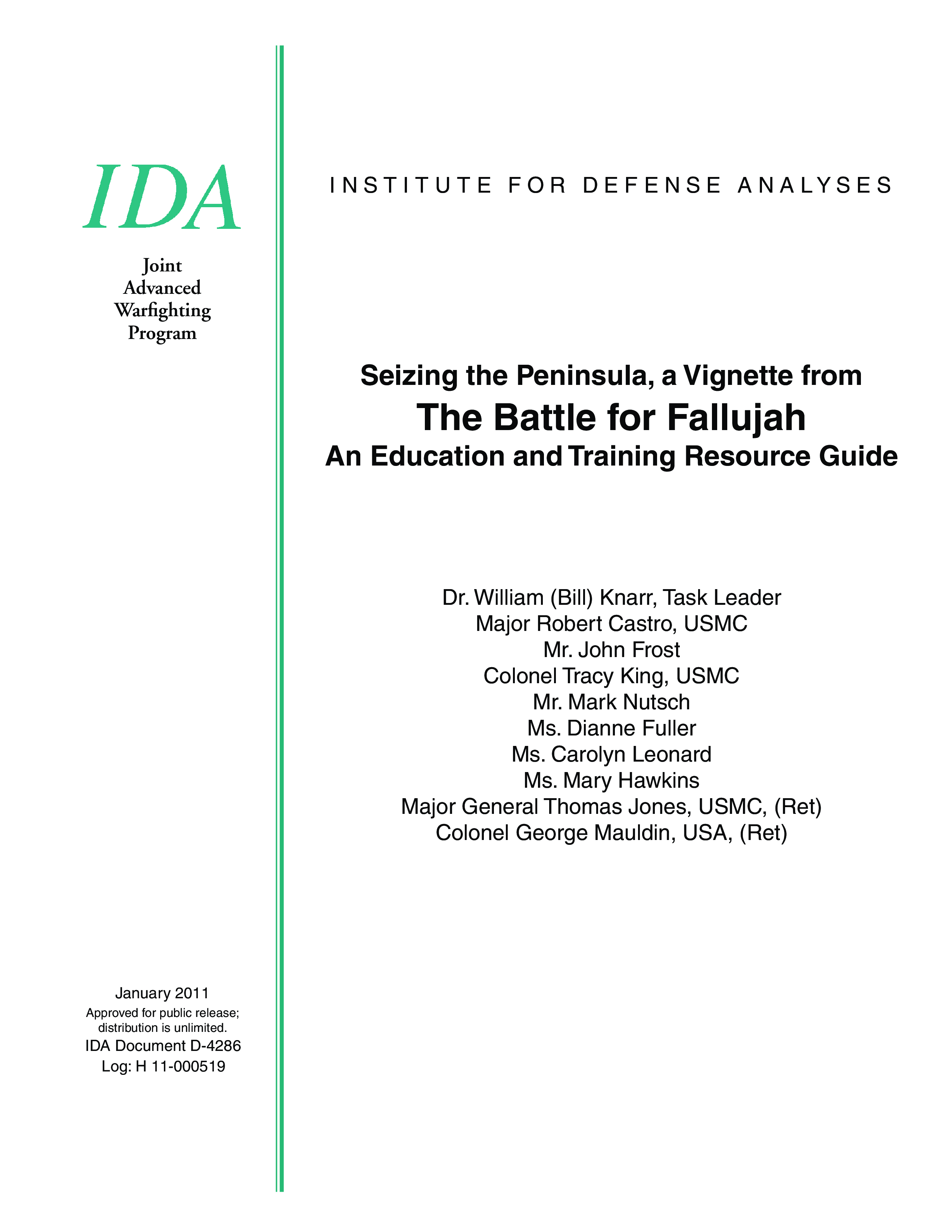 Operation Al Fajr-the second Battle for Fallujah in November 2004-was a hard-fought, Coalition-led combat assault to clear the city of insurgents and restore Fallujah to its rightful residents. The central narrative of the assault is told in the heroics of Marines, Soldiers, Sailors, and Airmen committed to supporting each other and completing the mission. However, there is a lesser-known, but compelling story of how the Coalition developed and worked with the Iraqis to apply lessons from the strategic-to the tactical levels as they set the conditions for, and executed Al Fajr. This Education and Training Resource, consisting of a publication and DVD, presents a tactical vignette that links to operational and strategic themes in the areas of strategic communications, information operations, political-military dynamics, and partnership development. It emphasizes that those themes are just as important at the tactical level as they are at the strategic level. The tactical vignette that best illustrates that effort is from Phase II of the battle, Enhanced Shaping, and focuses on the seizure of the peninsula and hospital west of the city. The purpose of this Resource is to provide trainers and educators with a rich source of material for presenting and engaging students in discussing those themes.