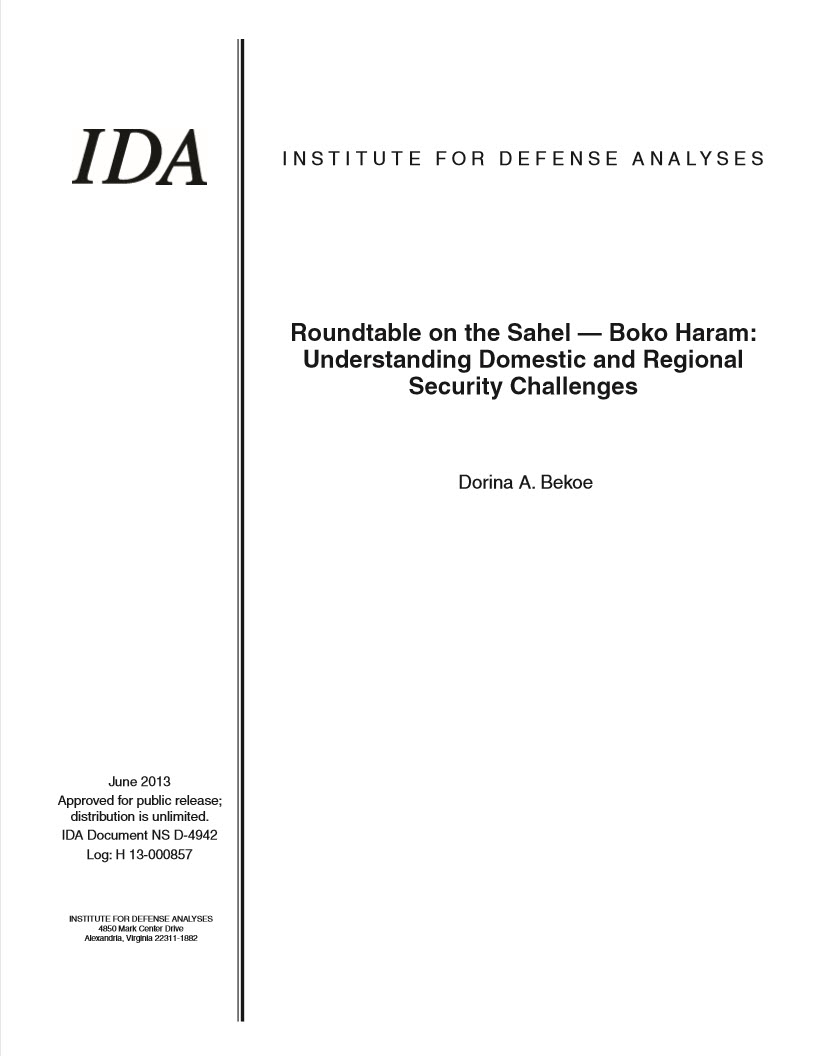 This report summarizes the proceedings of the IDA Africa Program’s meeting on Boko Haram, which took place on May 17, 2013. Participants noted that the persistently poor economic and social indicators of northeastern Nigeria have fueled Boko Haram’s expansion. There are also concerns about Boko Haram’s assistance by external militant groups, the Nigerian army’s failure to defeat Boko Haram, the poor capacity of the army, and the large number of atrocities the army has committed. To successfully defuse Boko Haram’s threat, considerable attention should be paid to the context in which Boko Haram operates, reforming the Nigerian security services, and forming partnerships with neighboring states.