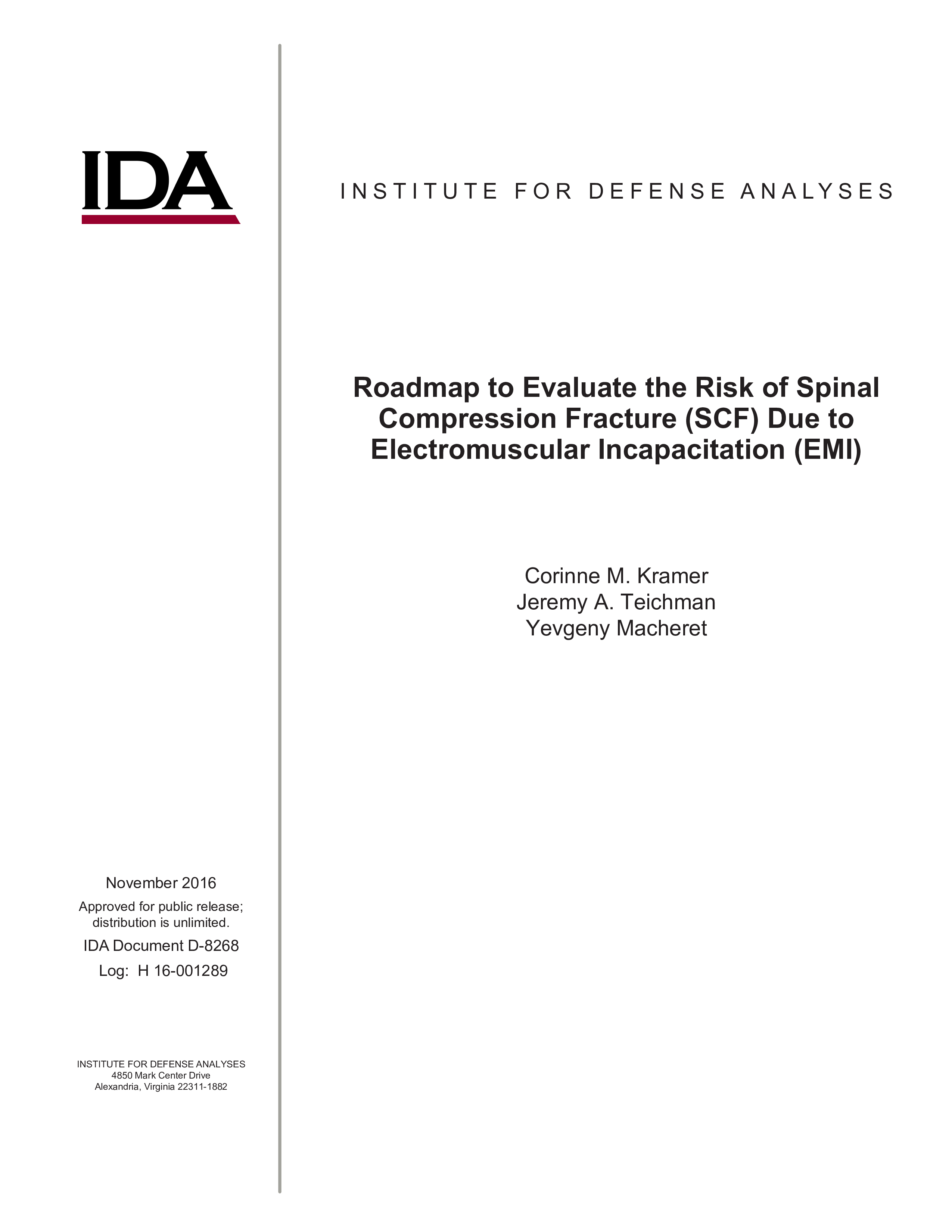 Recent swine testing of a new Electromuscular Incapacitation (EMI) waveform performed at the Air Force Research Laboratory (AFRL) in 2012 produced spinal compression fracture (SCF) in the test subjects and was subsequently confirmed by another experiment in 2015. With a dorsal application of the new EMI stimulus, 43% of all swine subjects experienced a fracture (confirmed by necropsy). Such reports had never been documented in swine (even under similar conditions and waveform parameters, although probe placement varied). Such fractures in humans as a result of EMI use have been reported only twice in the literature. The lack of such reports in humans establishes as negligible the risk of significant injury (RSI) of SCF in the human population using currently fielded weapons. Overall risk of fracture injuries (to include those caused by falls) has been estimated at less than 0.5%. As efforts go forward to improve the EMI weapon for military use, changes may be made to the waveform that could alter the acceptable rate of SCF to humans. Given the inability to conduct human testing of new waveforms, the risk cannot be tested directly. The purpose of this document is to develop a roadmap for the evaluation of risk of significant SCF to humans in light of the new information provided by the AFRL experiment.