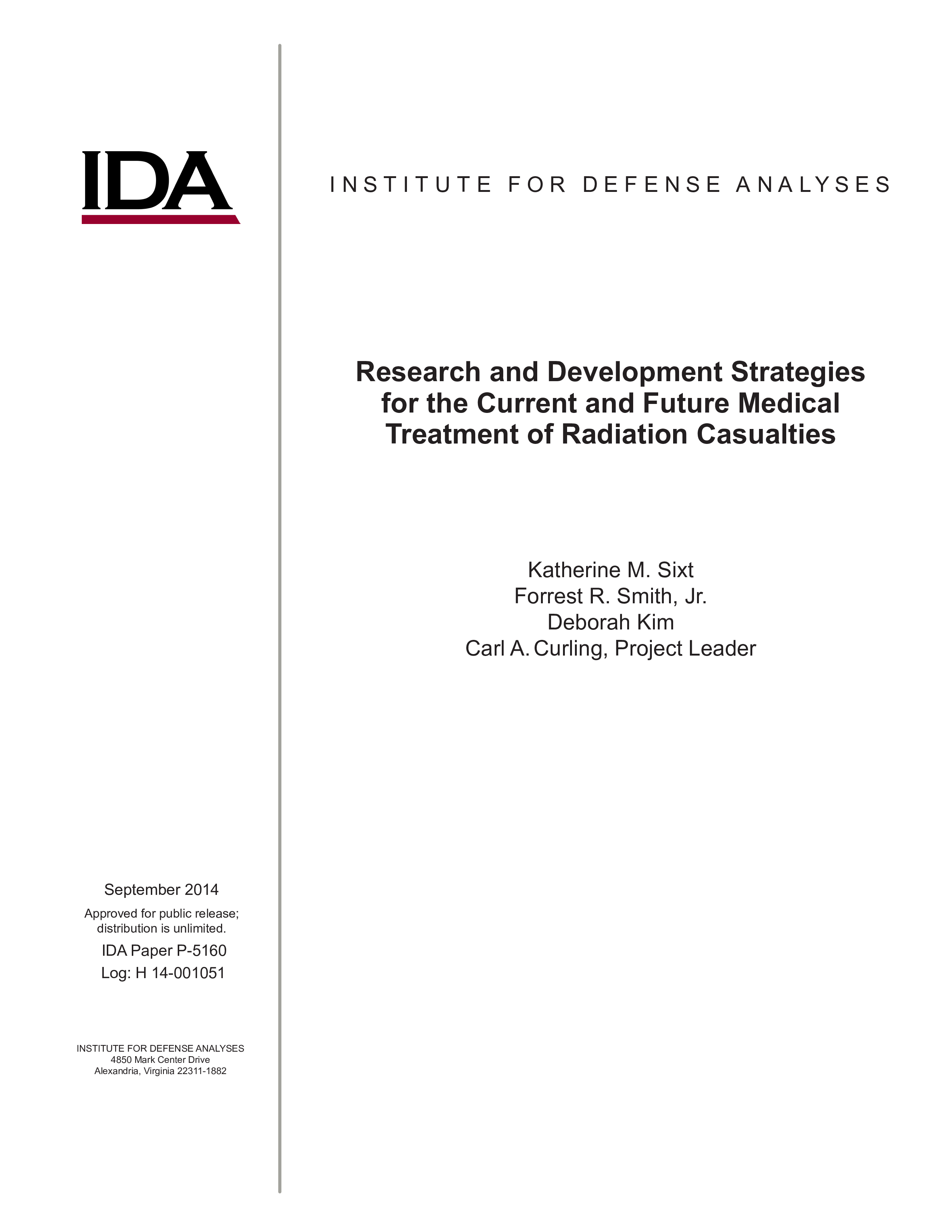 The U.S. Army Office of the Surgeon General (OTSG) asked the Institute of Defense Analyses (IDA) to review radiation medical countermeasures (task CA-6-3079), such as radioprotectant drugs and radiation injury treatments, and their potential to mitigate the effects of a radiation or nuclear incident on the health and survival of those exposed to ionizing radiation (IR). Although no radioprotectants or radiation injury treatments are currently approved by the U.S. Food and Drug Administration (FDA) for the treatment of acute radiation syndrome (ARS), this paper describes the treatment of ARS with supportive care and filgrastim and includes an illustrative example of how these treatments could affect the number of casualties from a nuclear event. In addition to describing some example potential therapies that are still being tested for safety and efficacy, this paper outlines strategies beyond the traditional research and development (R&D) pharmaceutical model that the Department of Defense could implement for acquiring future treatments for ARS. If pursued, these alternate R&D paradigms could provide significant cost and time savings to the DOD as well as reduce the risk associated with pursuing the approval of a radiation therapy or radioprotectant.