Protecting Nuclear Command, Control, and Communications Below the Threshold of Armed Conflict: Don't Count on Deterrence 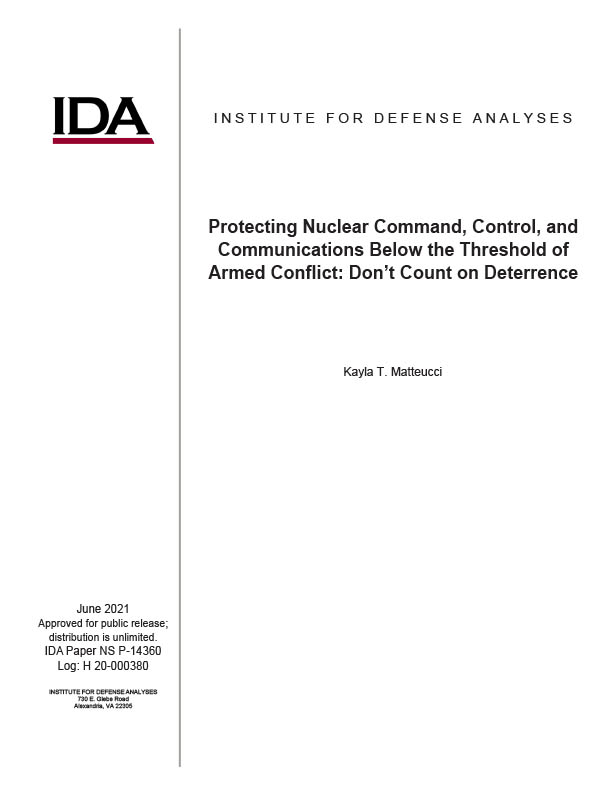 Nuclear command, control and communications (NC3) is the backbone of the United States’ nuclear deterrence strategy, ensuring that nuclear weapons are always available for use by the president and never by an unauthorized actor. Since the late days of the Cold War, NC3 has faced a growing array of non-kinetic threats, which fall below the traditional threshold of armed conflict. Malicious non-kinetic activity continues to intensify in potency and prominence, creating fear among U.S. leaders that an adversary could utilize means short of war to significantly compromise NC3 systems and, by extension, the United States’ nuclear deterrent. Responding to such a concern, this paper argues that deterrence is an ill-suited strategy for managing non-kinetic threats to NC3.