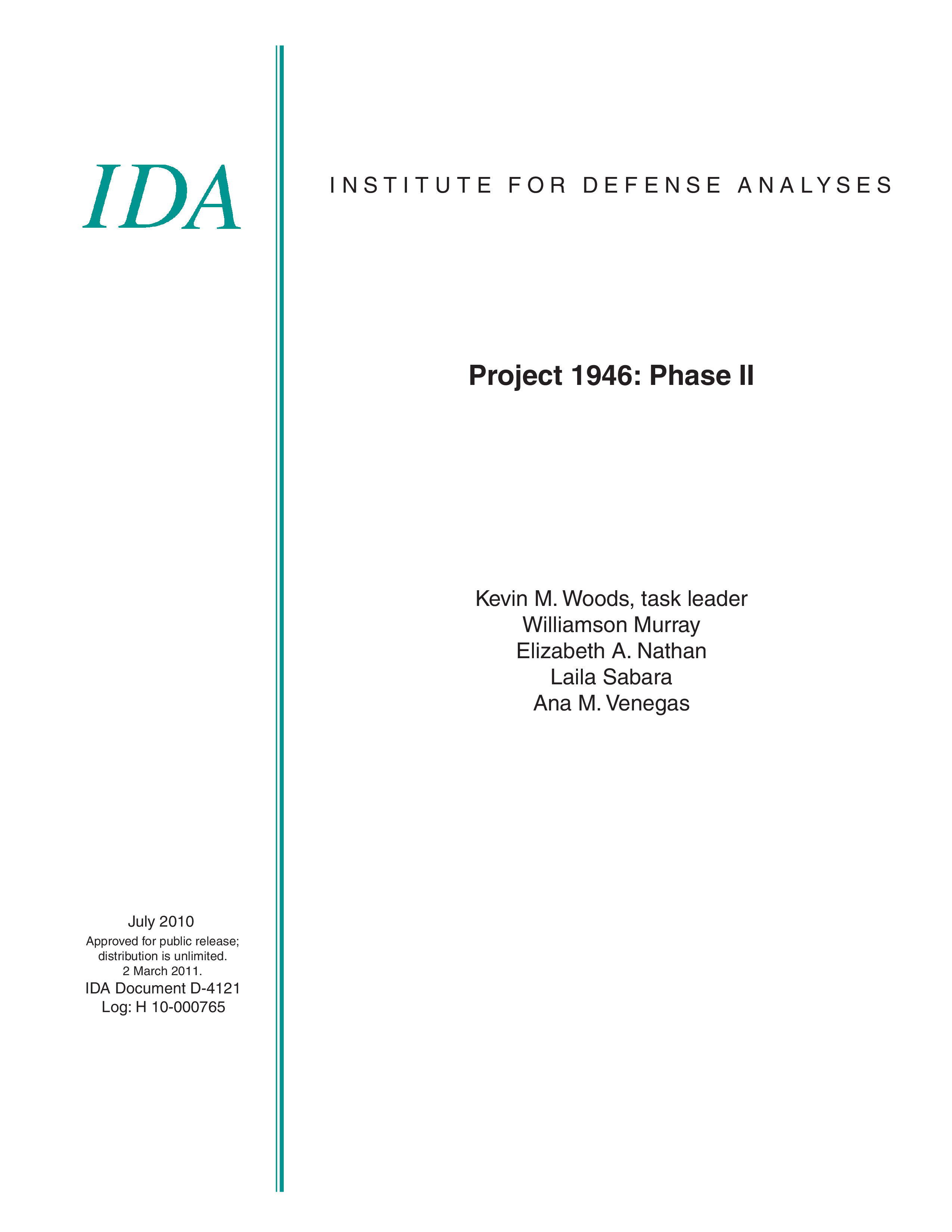 In 1946, a team of US Army historians and intelligence officers established a long-term exchange with a select group of former members of the German General Staff, enabling a “red-team” understanding of WWII and expanding strategic insight into potential enemies on the “new Eastern Front.” Sixty years later, the US Government was given another rare chance to examine doctrine, intelligence, operations, and strategy through the lens of a recent military opponent. An exchange with former Iraqi Generals Ra’ad Hamdani, Mizher Tarfa, Aladdin Makki, Abid Mohammed Kabi, and Alwan Abousi opened up a wealth of knowledge of and operational experience in: the Iraqi Army, Navy, and Air Force as well as intelligence capabilities during the Iran-Iraq War. This new knowledge provides valuable insights into the political, strategic, military, and cultural dynamics of the Middle East. The report includes a series of oral histories taken from interviews of former Iraqi military personnel, places them in historical context, and provides a summary and analysis of the information revealed in the interviews.