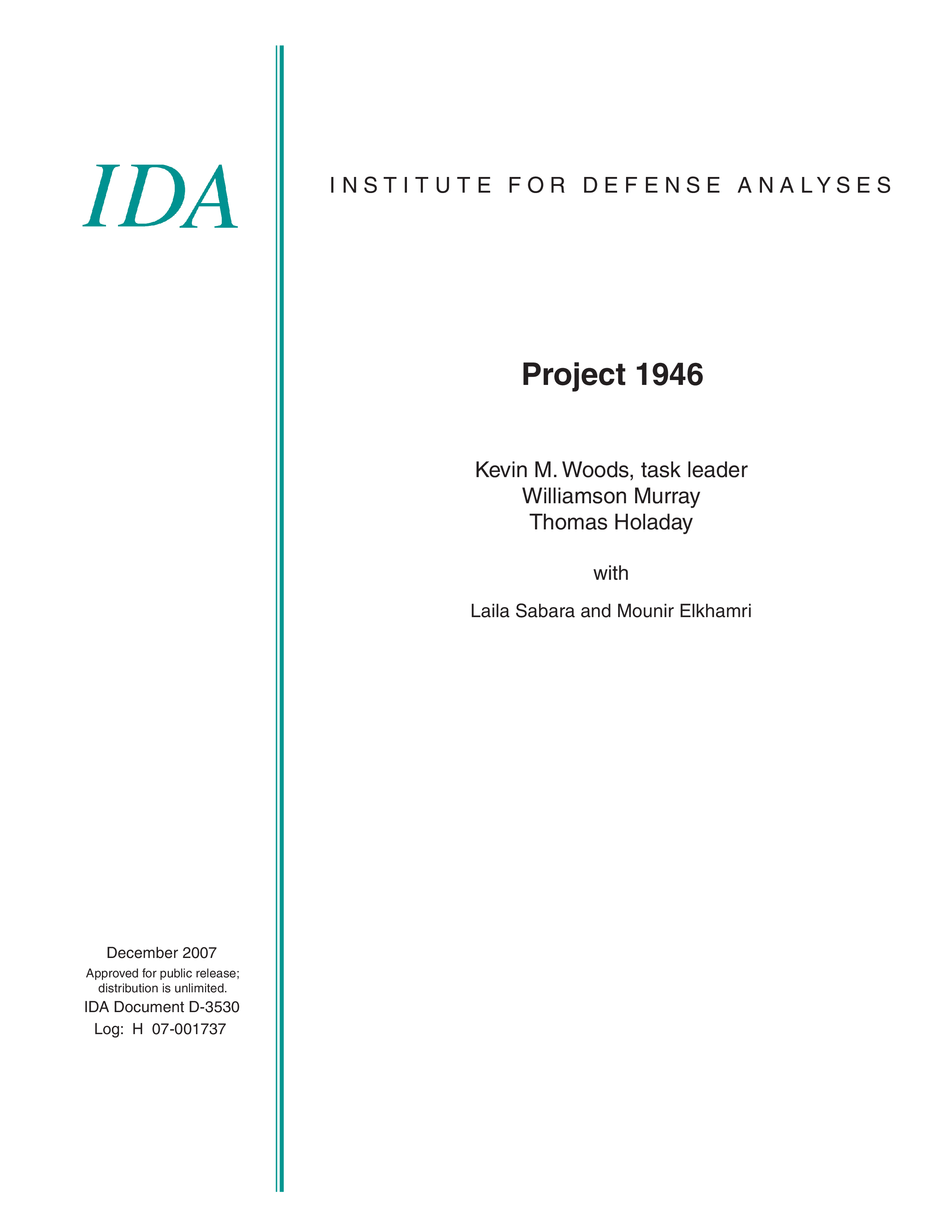 In 1946, a team of US Army historians and intelligence officers established a long-term exchange with a select group of former members of the German General Staff, enabling a “red-team” understanding of WWII and expanding strategic insight into potential enemies on the “new Eastern Front.” Sixty years later the US Government has another rare chance to examine doctrine, intelligence, operations, and strategy through the lens of a recent military opponent. An exchange with former Iraqi General Ra’d Hamdani opened up a wealth of knowledge of and operational experience in: the 1973 Arab Israeli War; campaigns against the Kurds; the Iran/Iraq War; Desert Storm; the 1991 uprisings; military operations/adaptations under sanctions; and Operation Iraqi Freedom. This new knowledge provides valuable insights into the political, strategic, military, and cultural dynamics of the Middle East. The report includes a series of monographs and oral histories taken from interviews of former Iraqi military personnel, periodic summaries of Iraqi monographs and oral histories, and a database for additional research.