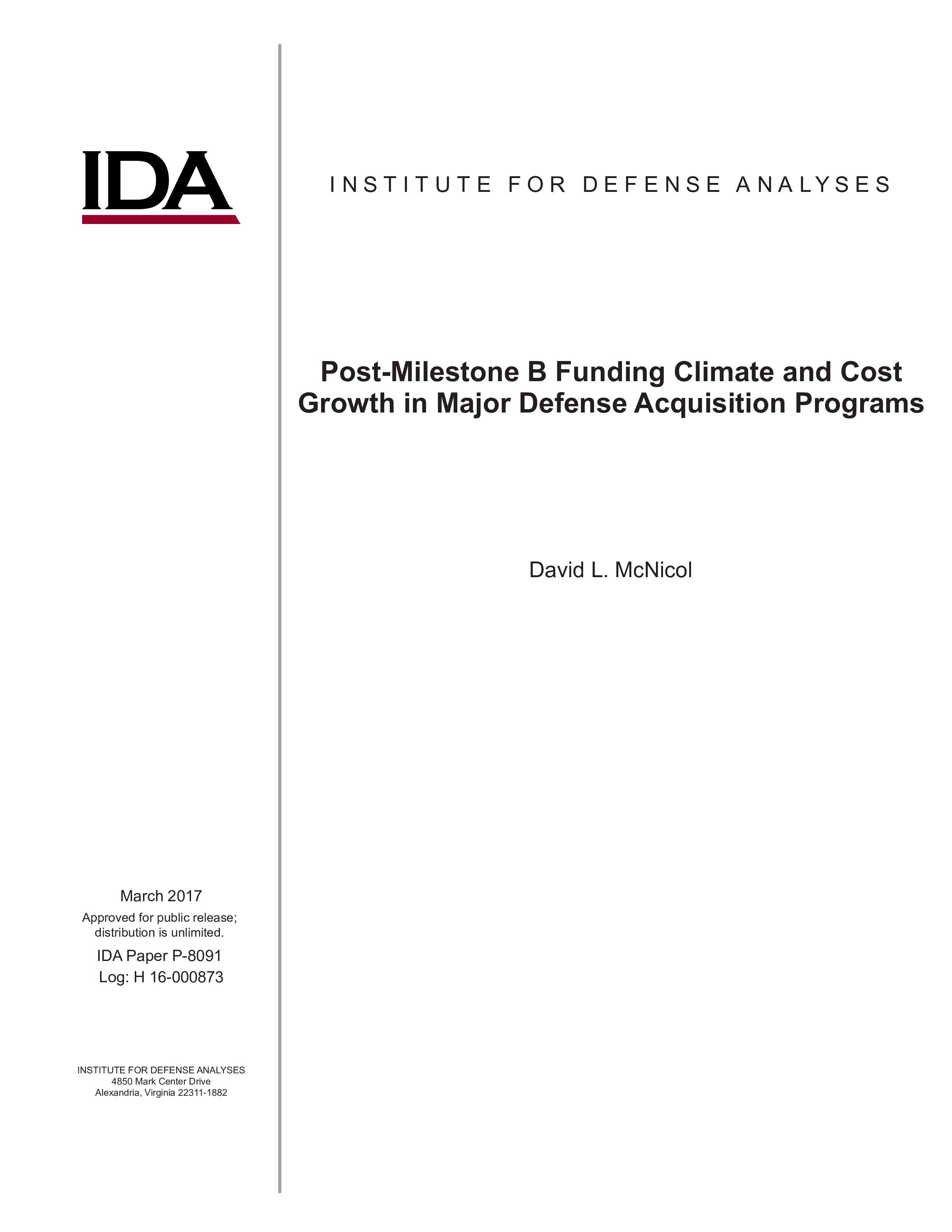 This paper is the fourth in a series that examines the association between outcomes of Major Defense Acquisition Programs (MDAPs) and changes in acquisition policy and process and funding climate. Like an earlier paper in the series, it finds that quantity normalized Program Acquisition Unit Cost (PAUC) growth measured from Milestone (MS) B is significantly higher in programs that passed MS B in bust climates than in boom climates. Moreover, among MDAPs that passed MS B in a bust phase, only those that continued into a boom climate showed significantly higher PAUC growth than programs that passed MS B in a boom climate. This conclusion is important because it implies that much of the observed PAUC growth may have causes other than flaws in MS B baselines. The conclusion tells us less than might be hoped, however. This is so because the PAUC growth associated with the boom climate may reflect the purchase of capability beyond that specified in the MS B baseline or, alternatively, may reflect PAUC increases that occur when programs take advantage of a boom climate to “get well.”