On-Orbit Manufacturing and Assembly of Spacecraft 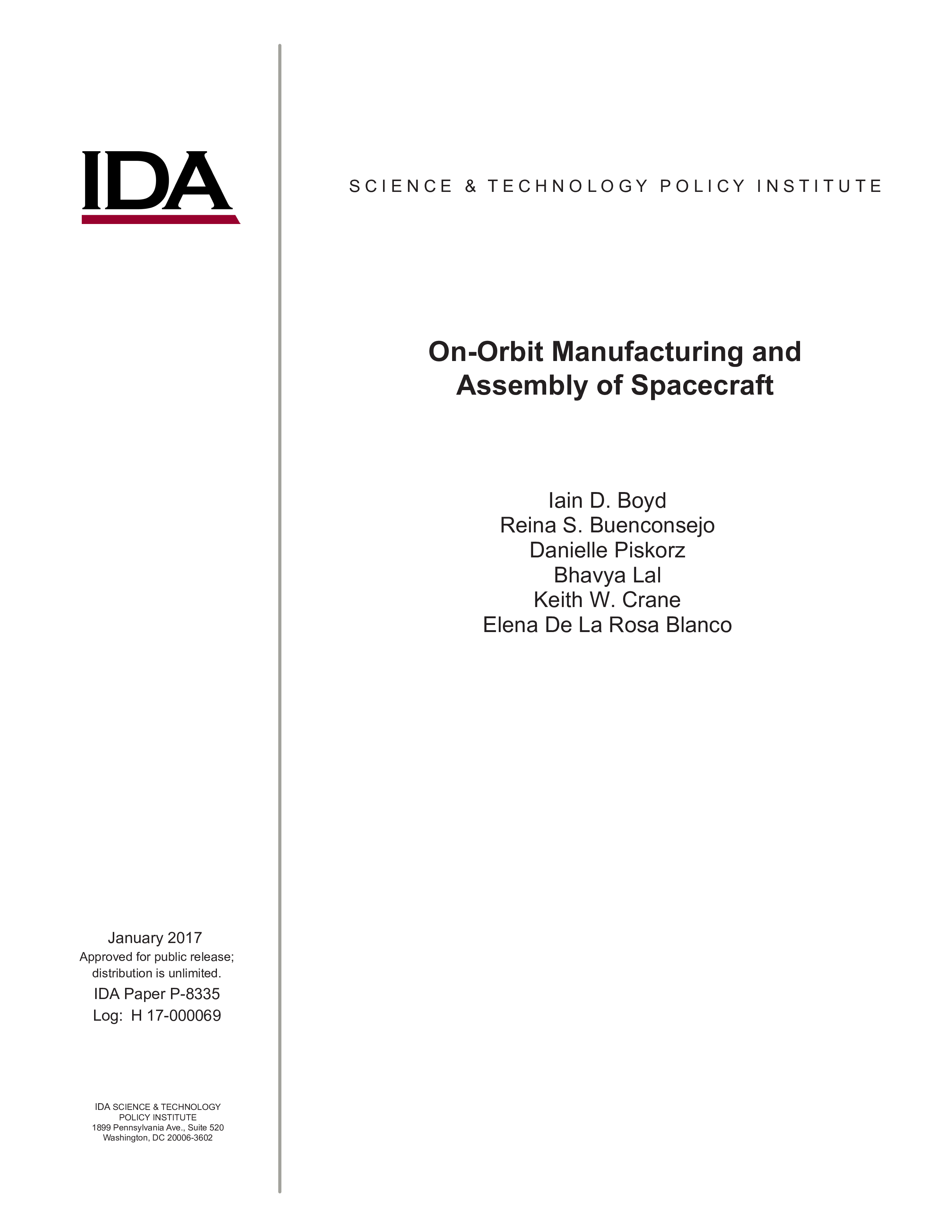 In the history of spaceflight, almost all spacecraft have been manufactured and assembled on the ground, then integrated into a launch vehicle for delivery into orbit. This approach imposes significant limitations on the size, volume, and design of payloads that can be accommodated within the fairing of a single launch vehicle. In particular, fairing diameter limitations restrict the size and number of instruments that can be fielded in orbit for science and national security missions. In turn, these constraints place definite limits on the information that can be obtained from spaceborne payloads. Design of spacecraft built on the ground requires all the components of each spacecraft to be hardened (ruggedized) to withstand the harsh launch environment, which includes severe vibrations, acoustics, acceleration loads, and thermal loads. The hardening processes impose penalties in terms of mass and size that ultimately limit payload capabilities and increase launch costs. These penalties are further compounded by the need for inclusion of redundant backup systems to provide contingency against damage during launch. Some spacecraft or components for space cannot be built at all on Earth. Examples include ultra-thin mirrors and gossamer structures that can be bent or otherwise adversely affected by gravity forces. Similar and additional constraints limit profitability and flexibility of commercial satellite operations. Taken as a whole, the range of limitations associated with terrestrial construction of spacecraft may represent a significant constraint on the design, capabilities, lifespan, and products of space systems that can be realized.