NIGER: Will There Be a Third Tuareg Rebellion? 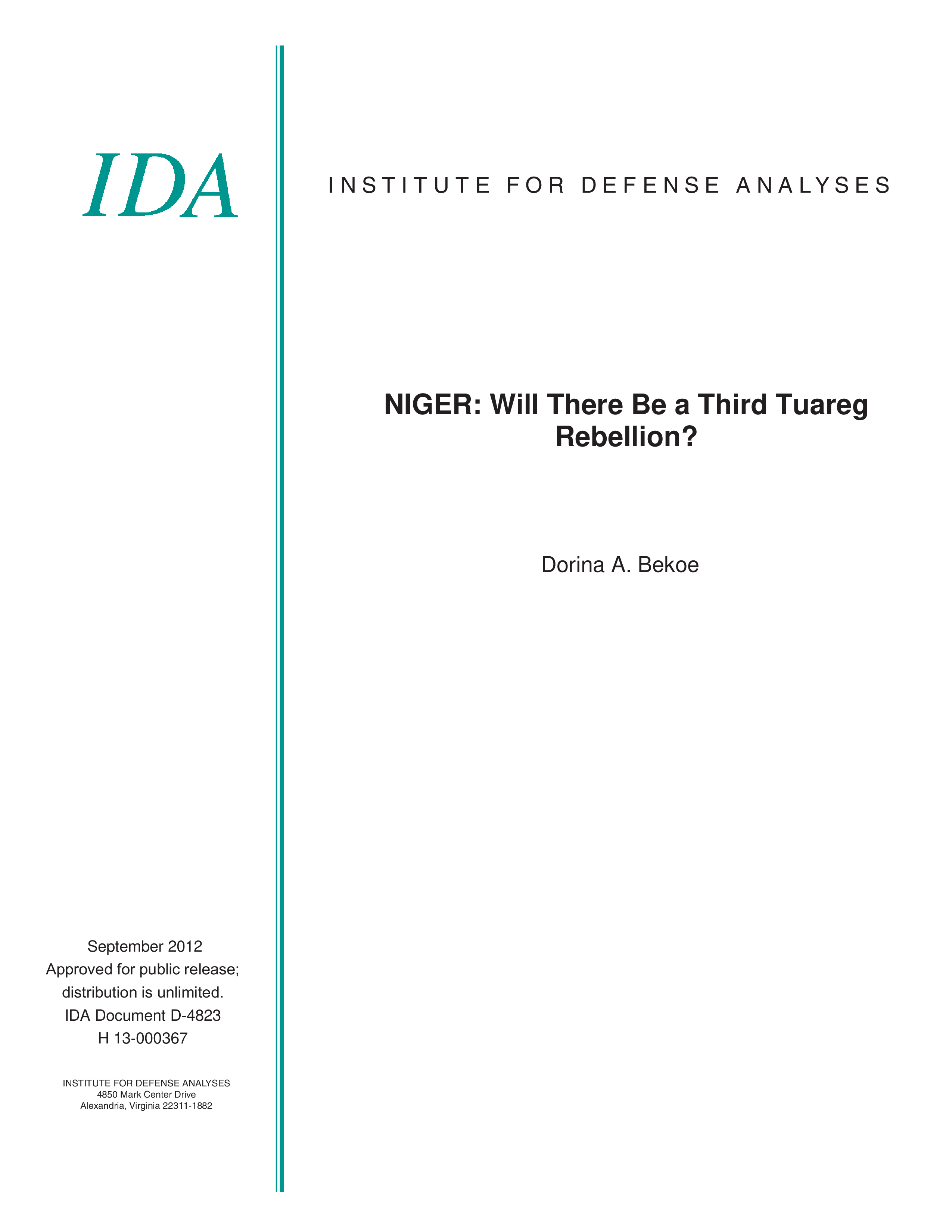 Tuaregs in Niger launched rebellions in 1990 and 2007 charging that the state did not recognize their rights; did not adequately invest in Agadez, Niger’s Tuareg homeland; and did not include Tuareg representation in political institutions. Each of the rebellions ended with peace agreements promising more inclusive political, security, and economic policies. Yet, grievances among the Tuareg persist: civil society and political leaders have loudly criticized the government for failing to use the revenues from the uranium mines to develop Agadez; the uranium mining companies are accused of taking insufficient precautions to prevent damage to the environment and health of its workers; and government development programs have been criticized for their lack of effectiveness. An assessment concludes that a third Tuareg rebellion in Niger is possible, though not imminent or likely to succeed. It is possible because there are real frustrations with the failure of the uranium companies to protect the environment and workers’ health; the government, including the Tuareg politicians, seems out of touch with these complaints; and there is a large financial gain to capturing the state. A new Tuareg rebellion, which would probably encounter a Nigerien army assisted by the French government, the leading foreign investor in Niger’s uranium mines, is not likely for the time being. An intervention force in Mali to free the northern regions from the Tuaregs, however, could change that calculation – though such a rebellion is still likely to be militarily defeated.