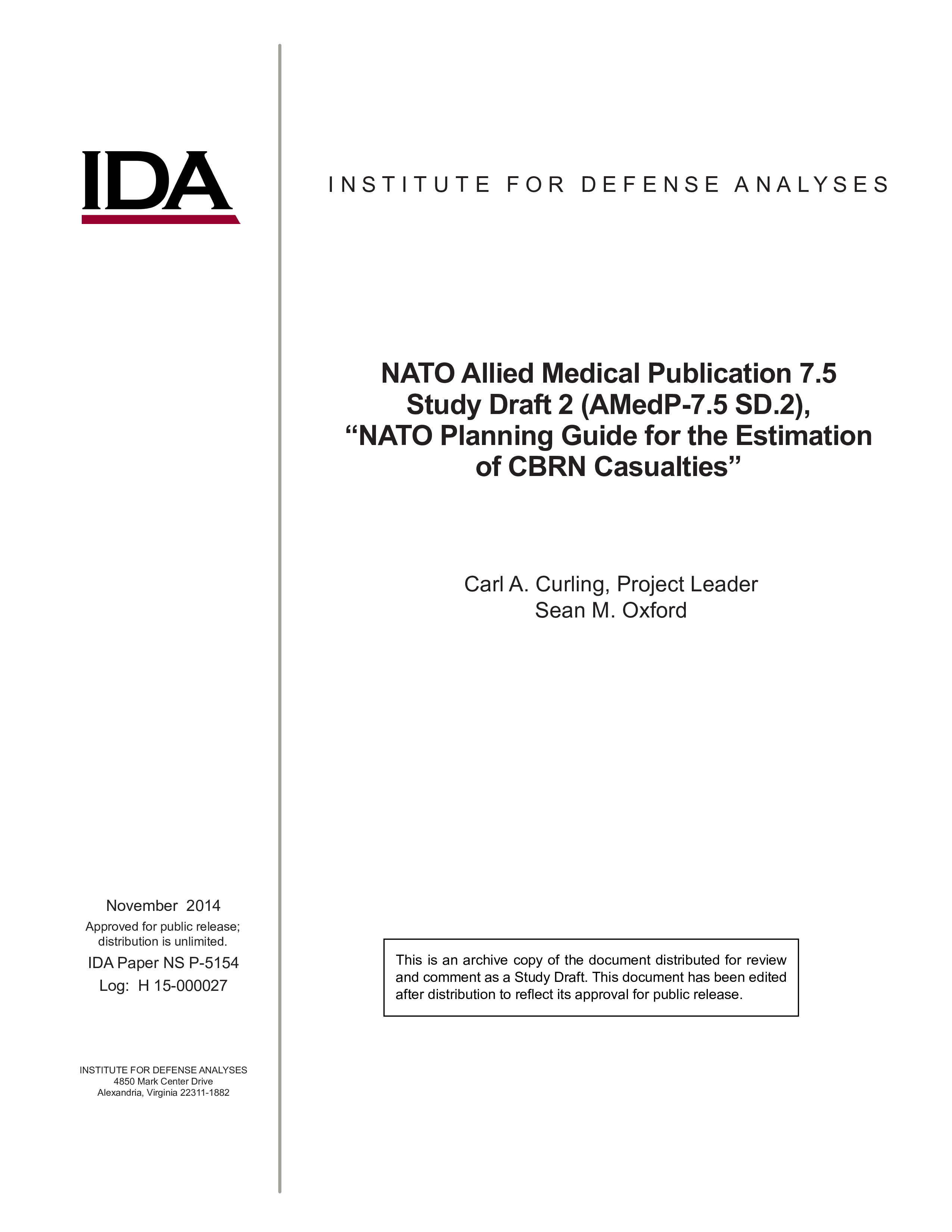 This document is the second in a series of developmental draft documents leading to AMedP-7.5(A), the next iteration of the NATO CBRN casualty estimation methodology. This document presents the methodology as comprising four components—user input, estimation of the CBRN challenge, estimation of human response, and casualty estimation and reporting. This document fully describes the required inputs, the method of calculating the CBRN challenge, and the estimation and reporting of human response and casualties, including a dedicated section for each agent/effect describing how to estimate human response and casualties from that specific agent/effect. To increase user-friendliness, each dedicated section contains a flowchart for that agent effect instructing the user on which equations and lookup tables should be used, and the sequence in which they should be used. As this is a Study Draft, it has a few placeholders for agent-specific models, where model development or revision is ongoing. The final document will include 8 chemical agents, 17 biological agents, nuclear effects, radiological dispersal device isotopes, radiological fallout, and several illustrative examples.