Military Roles and Missions Past Revisions and Future Prospects 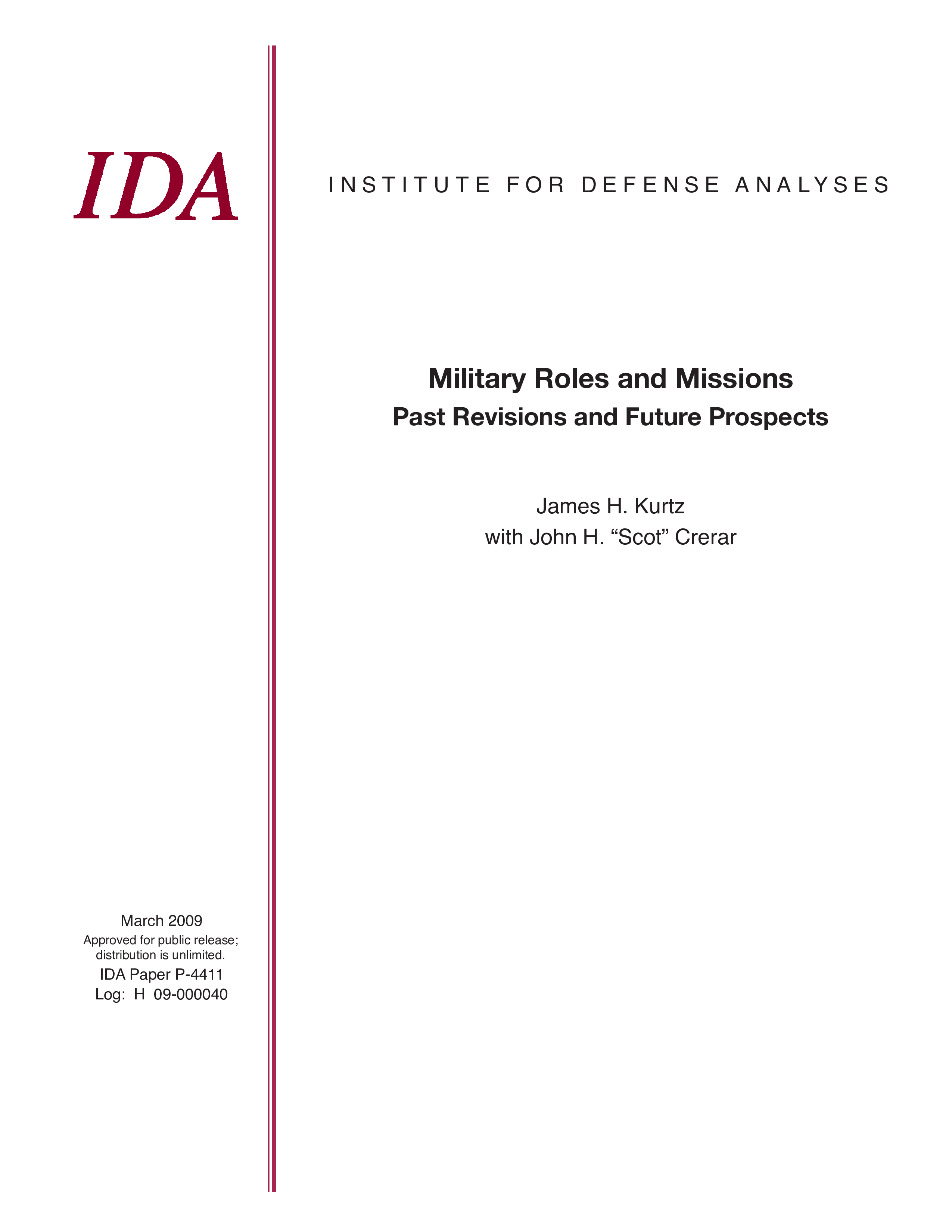 Arguments about military roles and missions are a manifestation of the conflict between the President as Commander in Chief of the Armed Forces and the Congress empowered by the Constitution to raise and support Armies, provide and maintain a Navy, and make rules for the government and regulation of the land and naval forces. This paper traces the history of roles‐and‐missions disputes, focusing on the tension and interaction between the Legislative and Executive branches. It then draws on lessons from the past in an effort to understand why intended reforms have produced little more than mere “tinkering on the margins.” Finally, it offers a brief assessment of the first review conducted under new legislation, and concludes by suggesting one way the Secretary of Defense might better use functions, by relating them to capabilities, in order to close gaps and reduce unwarranted redundancies.