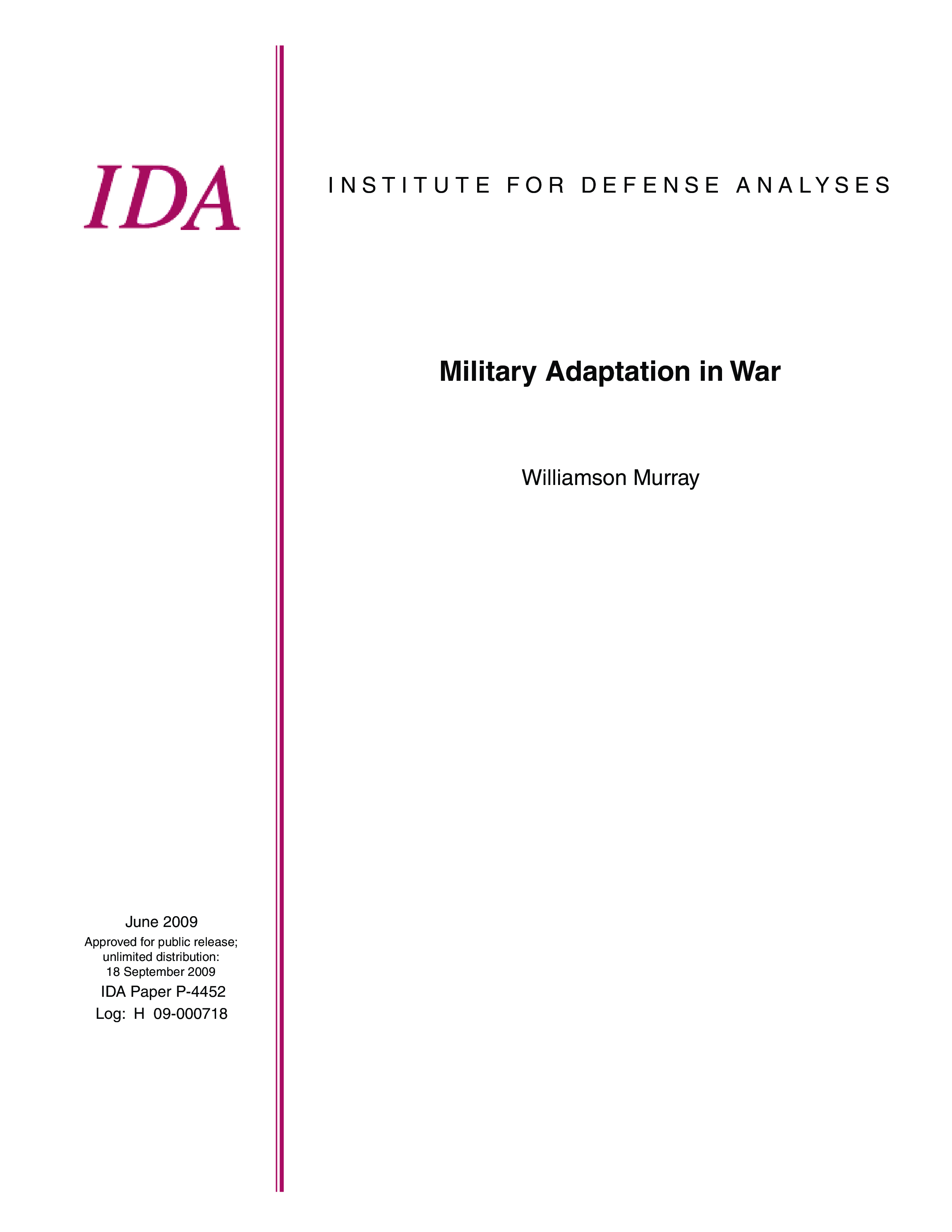 History suggests that military organizations have been more committed to the ethos of the past than to preparing to meet the future. Most military organizations and their leaders attempt to impose prewar conceptions on the war they are fighting rather than adapting their assumptions to reality. They adapt only after great losses in men and national treasure. Effective military organizations adapt their prewar assumptions and concepts to reality. This inherent tension between the creation of disciplined, obedient military organizations, responsive to direction from above, and the creation of organizations adaptive to a world of constant change makes military innovation in peacetime and adaptation in war so difficult. The opening chapter describes in detail the problem of why military adaptation has proven so difficult. The next chapter discusses the historical patterns of military adaptation, followed by chapters containing case studies from World War I, War II, and the 1973 Arab-Israeli war, which examine in greater depth the complex problems associated with adaptation under the difficult conditions of combat and cultural change. Finally, the paper ends with the author’s conclusions on what the past suggests about adaptation at the tactical, strategic, and operational levels in the future.