Mauritania: On the Road to Democracy or Just More Violence? 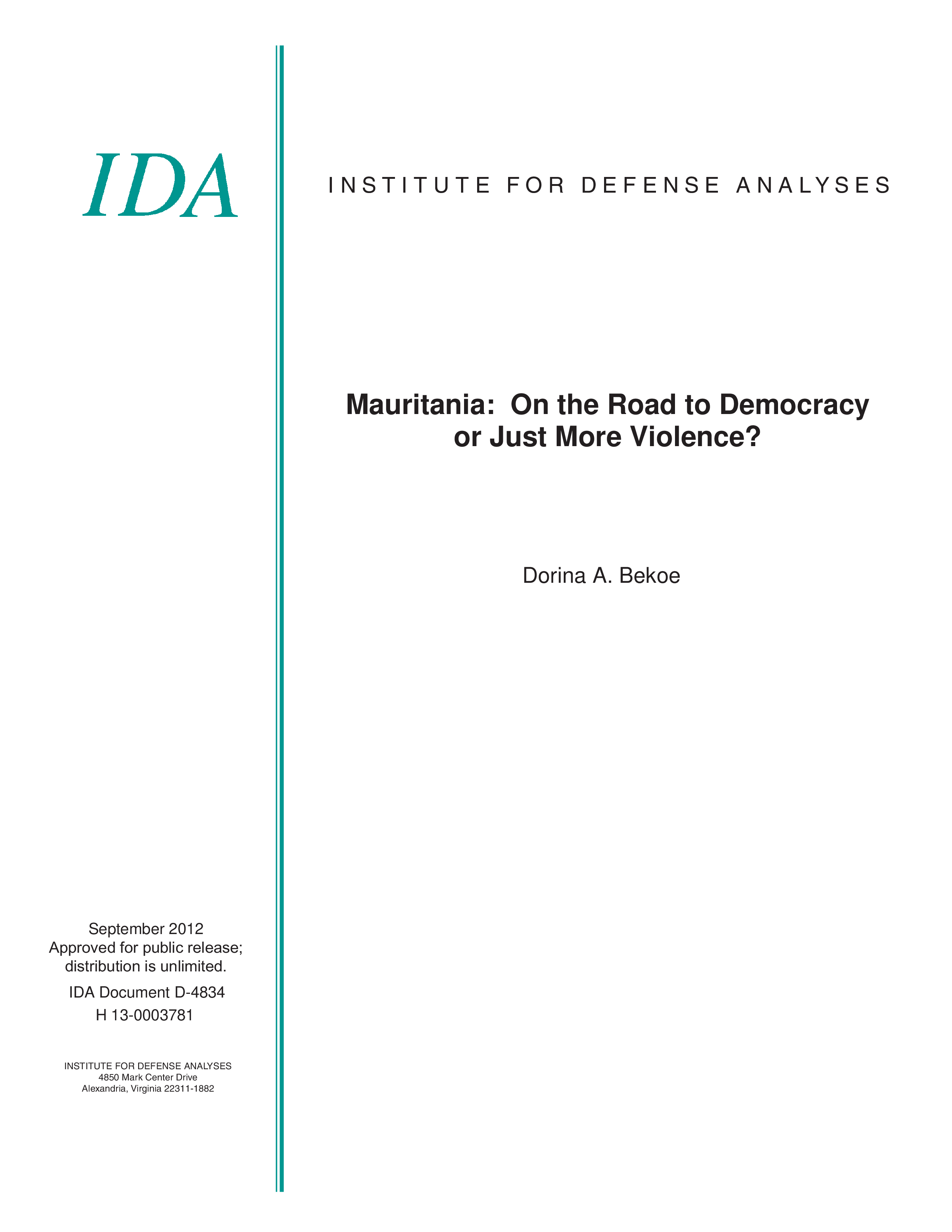 Despite Mauritania’s formal adoption of democracy in 1991, it remained an oppressive autocracy under the leadership of President Maaouiya Ould Sid’Ahmed Taya. After Taya was ousted in a 2005 coup d’état, Sidi Ould Cheikh Abdallahi was elected president in 2007, in the country’s freest and fairest election. Although the coup d’état and its transition process held the promise that Mauritania would finally take definitive steps toward democratization, it has proceeded fitfully. A second coup deposed Abdallahi; General Mohamed Ould Abdel Aziz, who led the 2008 coup, was elected in 2009. The Mauritanian government has responded to the violence and protests with a mixture of conflict mitigating strategies, negotiations, and force. Yet, the political opposition has hardened its positions and tension remains. While Mauritania’s post-2005 political climate is tense, it is not likely to result in large-scale violence.Continued frustration with the lack of democratic progress, however, entrenches the political impasse and could set the stage for another coup d’état.