Korea's Chances in the 21st Century: The Story Continues 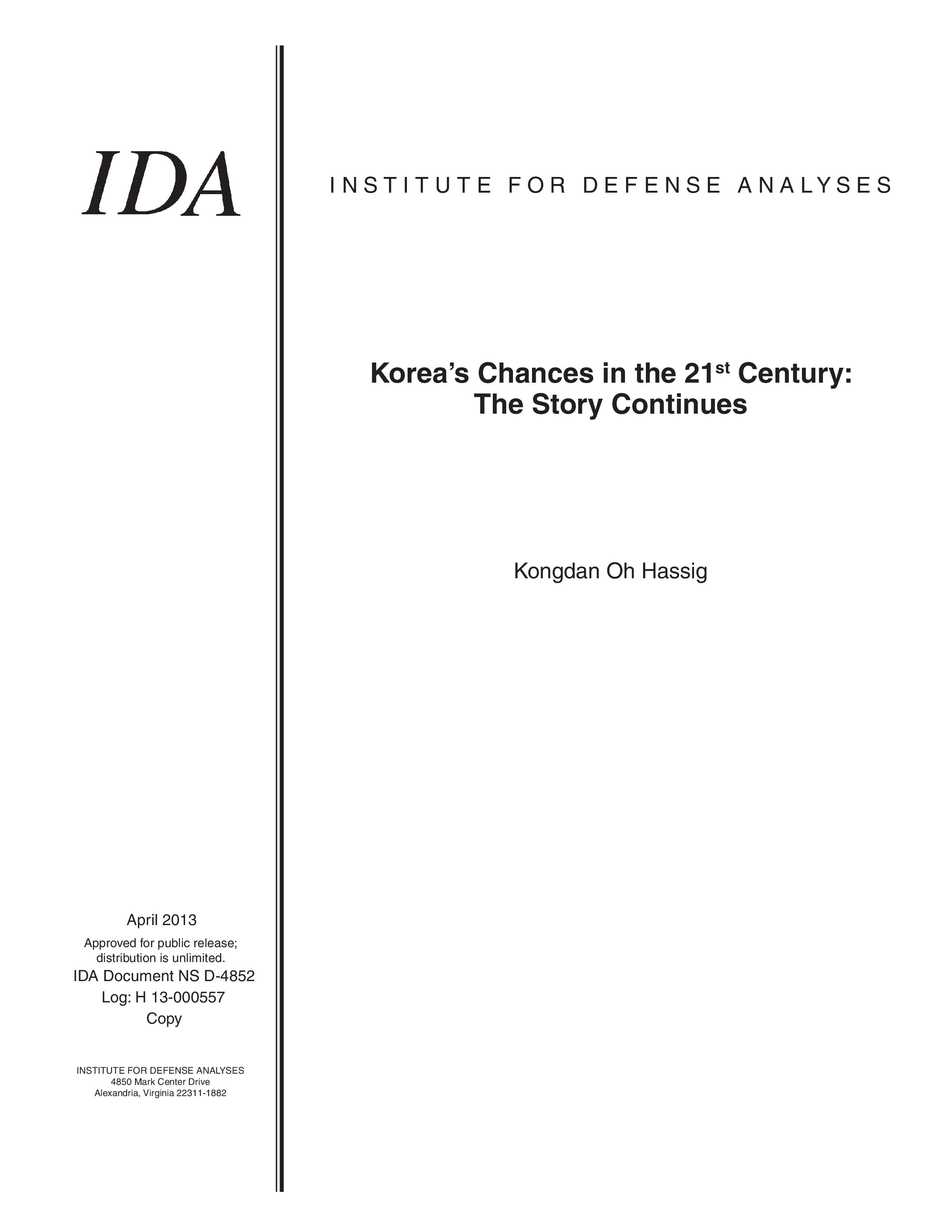 The views expressed in this paper are those of the author and do not necessarily reflect the views of any organization with which she is affiliated. Korea’s long history is filled with trials and tribulations, successes, and victories. As Korea marks an important milestone with the election of the first woman to lead the country in over a thousand years, a brief look at Korea’s history suggests lessons for the twenty-first century. The important conditions, situations, and events defining Korea over the centuries include (1) its geostrategic situation on the edge of Asia between stronger powers; (2) its inability to protect itself through isolationism; (3) its cultural strength even when invaded or colonized by neighboring countries; (4) its weakness resulting from national division and civil war; (5) and its ultimate success as a result of hard work and the adoption of a market economy and political democracy. In the years ahead, Korea’s goals must include maintaining unity in the South and regaining national unity on the peninsula, upgrading its physical and social infrastructure, and taking advantage of its position as a gateway to Asia. The values that can guide Koreans to continued success include openness to the world, inclusiveness and transparency in domestic affairs, flexibility in strategy and tactics, and a spirit of sharing to make the nation strong and bring happiness to all Koreans.