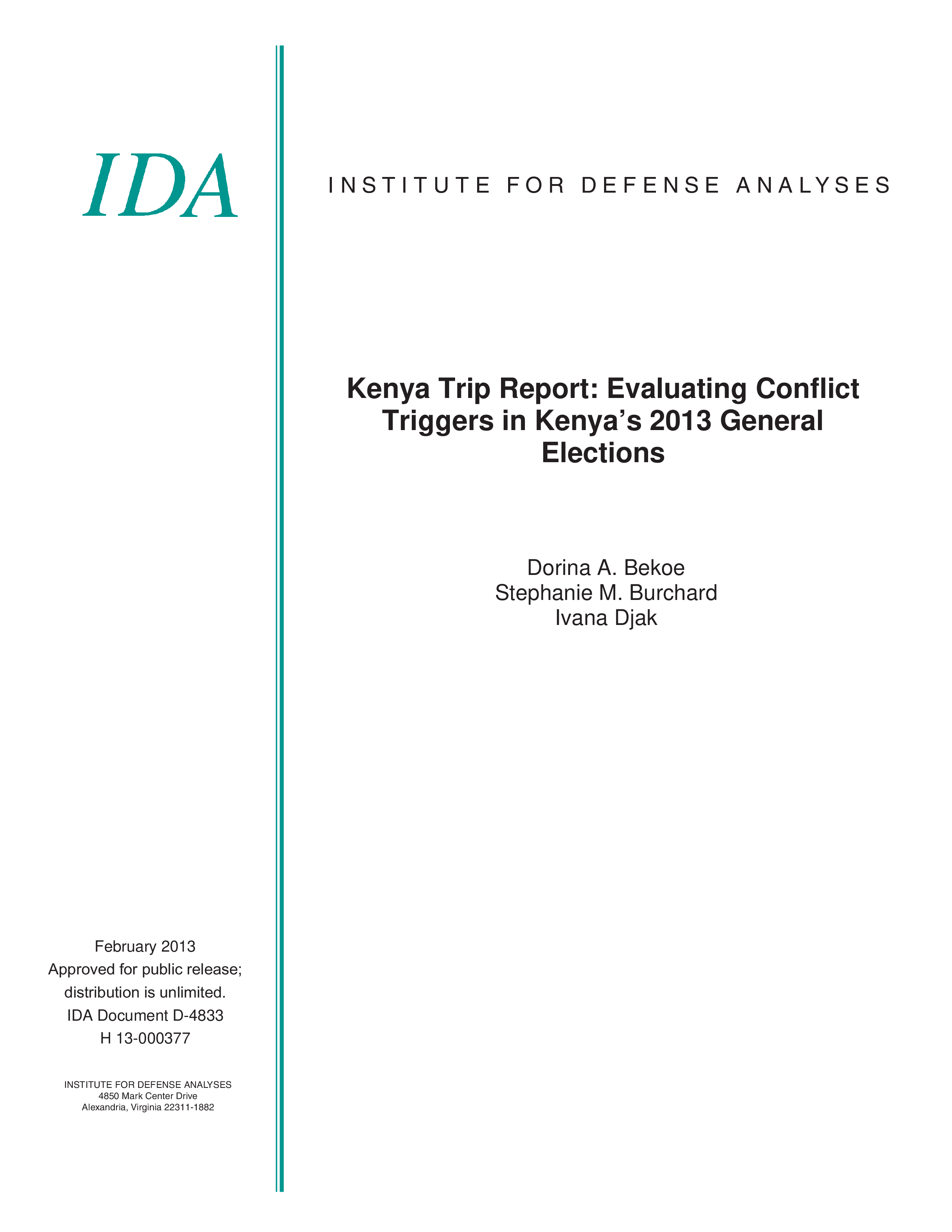 In late January/early February 2013, IDA researchers traveled to Kenya to work with civil society to evaluate the preparations in place to mitigate electoral violence, understand the factors that might trigger violence at different points in the electoral cycle, and determine the likelihood for violence. IDA’s discussions with civil society organizations, government officials, and other stakeholders confirmed Tana River, locations in northeastern and eastern Kenya, Kisumu, Mombasa, Eldoret, Marsabit, Mt. Elgon District, Nakuru, and Nairobi are at high risk for pre-election violence. Intense post-election violence, on the scale that occurred in 2007-2008, seems unlikely, due to the controls on hate speech and the threat of the International Criminal Court; they appear to make organizing large-scale violence costlier and riskier for politicians.