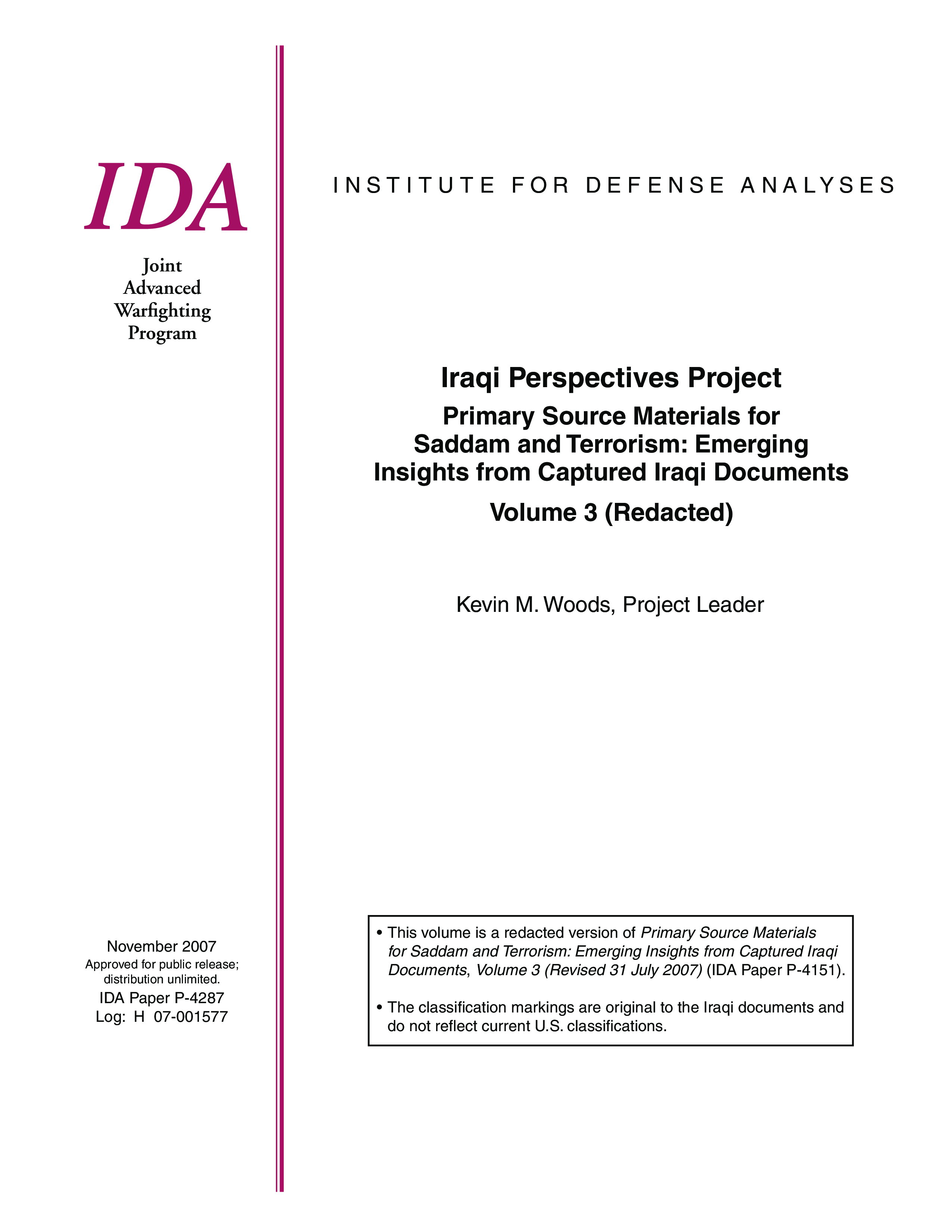 Captured Iraqi documents have uncovered evidence that links the regime of Saddam Hussein to regional and global terrorism, including a variety of revolutionary, liberation, nationalist, and Islamic terrorist organizations. While these documents do not reveal direct coordination and assistance between the Saddam regime and the al Qaeda network, they do indicate that Saddam was willing to use, albeit cautiously, operatives affiliated with al Qaeda as long as Saddam could have these terrorist–operatives monitored closely. Because Saddam’s security organizations and Osama bin Laden’s terrorist network operated with similar aims (at least in the short term), considerable overlap was inevitable when monitoring, contacting, financing, and training the same outside groups. This created both the appearance of and, in some ways, a “de facto” link between the organizations. At times, these organizations would work together in pursuit of shared goals but still maintain their autonomy and independence because of innate caution and mutual distrust. Though the execution of Iraqi terror plots was not always successful, evidence shows that Saddam’s use of terrorist tactics and his support for terrorist groups remained strong up until the collapse of the regime.