Investigation of Potential Fuel Cell Use in Aircraft 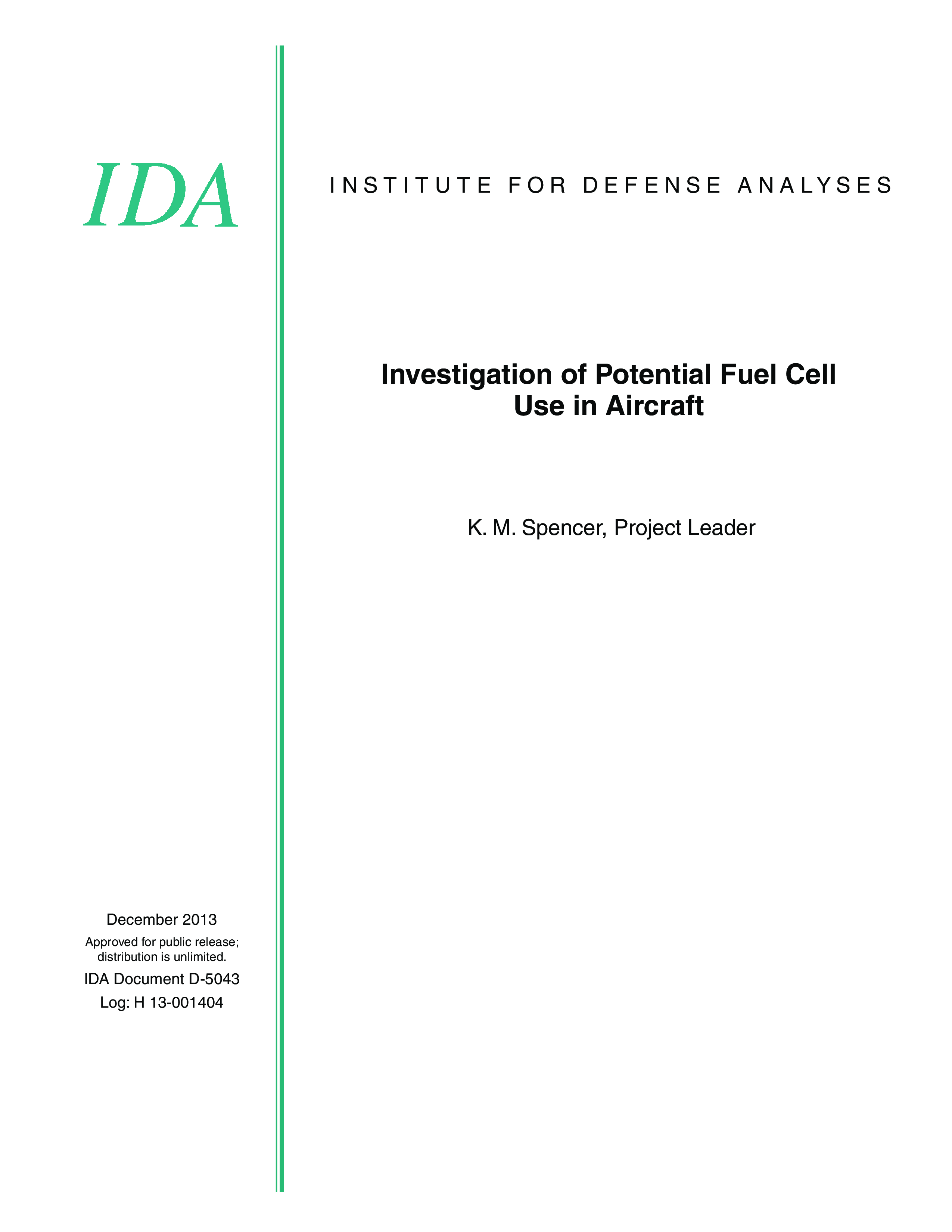 Fuel cells are a promising alternative power source for military and commercial aircraft subsystems and sensors. Two of the most promising types of fuel cells for use in aviation are proton exchange membrane (PEM) fuel cells and solid oxide fuel cells (SOFCs). This document presents the current state of PEM and SOFC technology and the technical challenges associated with the use of these fuel cells as onboard power sources of non-propulsion power for aircraft. We discuss current uses of fuel cells aboard aircraft, specifically on small unmanned aerial vehicles (UAVs) as the sole power source and on commercial aircraft to replace traditional auxiliary power units (APUs), generators, or batteries. Technical challenges associated with modifying traditional aircraft architecture to incorporate more electric infrastructure are explored. Finally, we use the unmanned air vehicle Global Hawk as a case study for determining the breakeven point between fuel saved from reduced power demands on the aircraft engine due to the use of fuel cells as a power source and the weight added to the aircraft by the fuel cell system.