Improving the “Front-End” of the DOD Acquisition Process 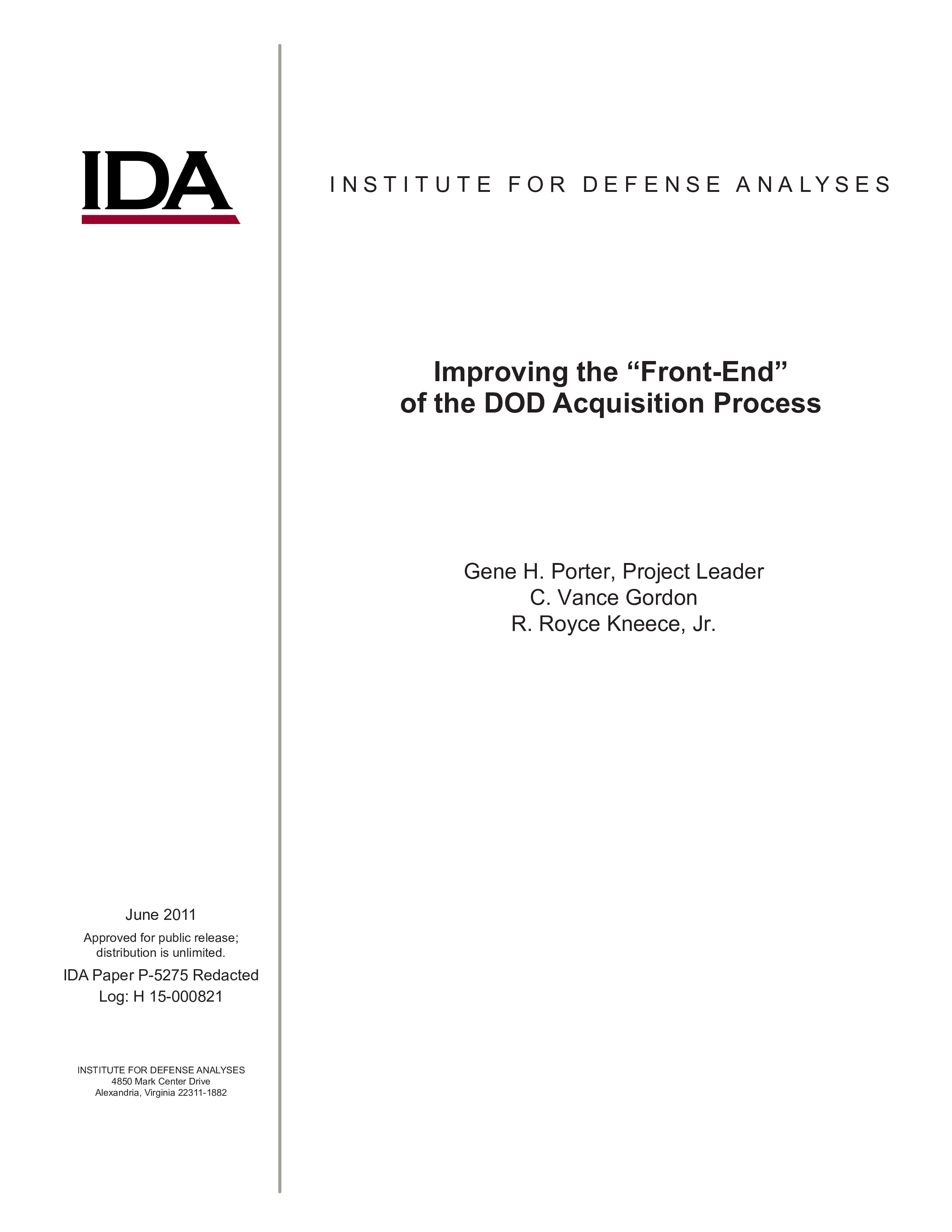 This study is a follow-on to Institute for Defense Analyses (IDA) research on the basic causes of acquisition program cost growth in Major Defense Acquisition Programs. A previous study confirmed that much of the cost growth observed in eleven important DOD acquisition programs emanated from weaknesses in the processes at the start of the programs–that is at the “front-end” of the process. The study team interviewed key officials, participants, and former participants in the Office of the Secretary of Defense and Joint Staff processes that govern the front-end of the acquisition process. These interviews and other supporting data indicate that the decision to start a major new acquisition should be made from a Department-wide perspective, carefully considering both the benefits and costs of the proposed program in light of fiscal resources projected for the Department, as well as competing resource demands. The study concludes that currently the processes that support such decisions by the Secretary of Defense and his/her staff are frequently not effective. Several approaches to improvements are recommended. The study also considers the implications of the Weapon System Acquisition Reform Act of 2009 and related legislation.