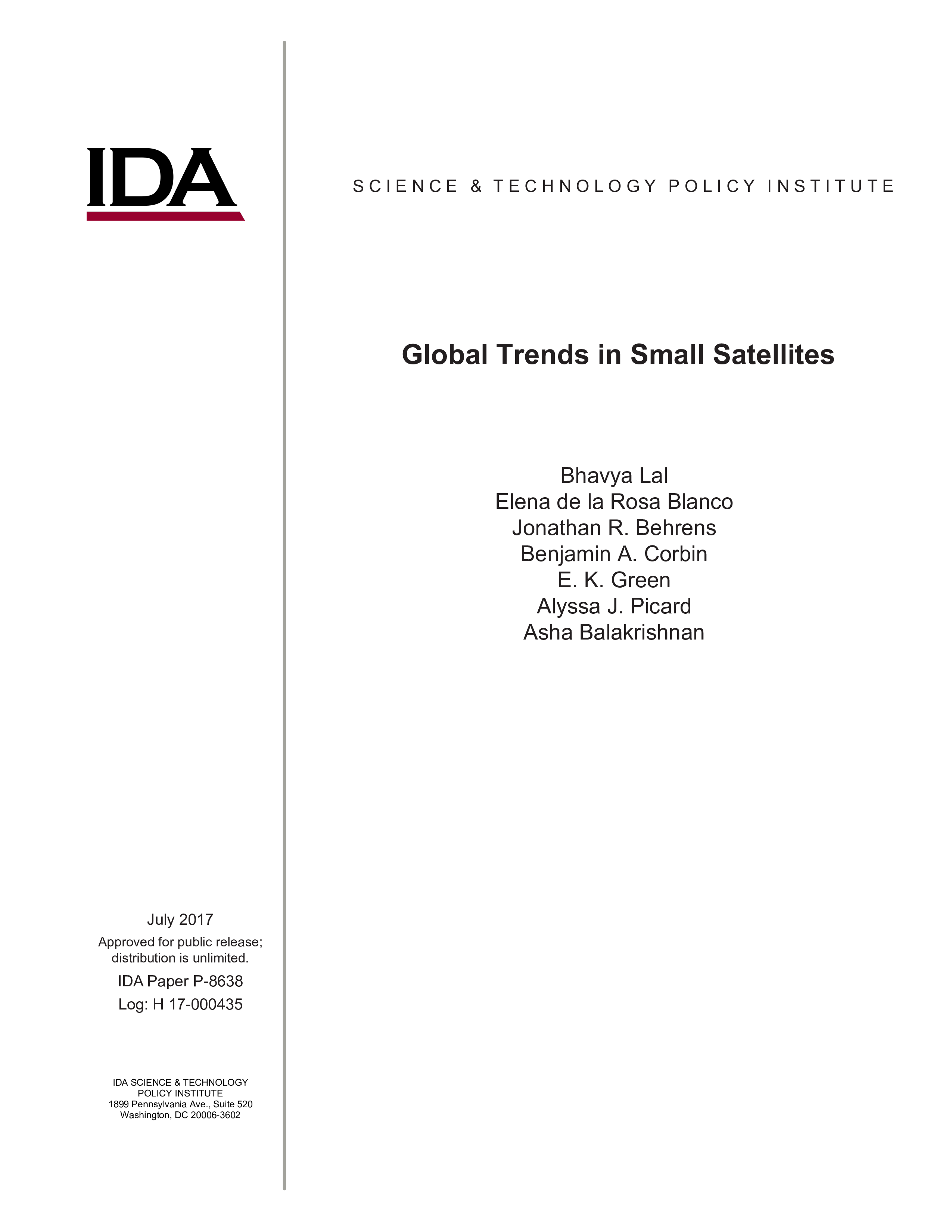 Given the growing perception that small satellites (smallsats) may both add to and take away from U.S. Government advantages as other entities begin to use them, this paper identifies trends that could drive the smallsat sector in the coming decade. STPI researchers reviewed the open literature on current global activities and trends in the smallsat sector, selected four scenarios with potential of coming to pass in the next 10 to 15 years, and identified drivers that could lead to these scenarios. The scenarios are (1) two or more large smallsat constellations are in low Earth orbit (LEO); (2) smallsats approach parity with larger satellites in remote sensing; (3) satellite operation in LEO is unsafe; and (4) on orbit servicing, assembly, and manufacturing of spacecraft is a reality. Insights were informed by interviews with 67 experts in government, industry, academia, and the finance community. STPI found that Scenario 1 is the most likely to come to fruition given growth in demand and technologies for broadband and imagery. Scenario 2 is also likely given incremental advances in ground resolution, synthetic aperture radar, and situational awareness. Scenario 3 is unlikely to happen because smallsat propulsion capabilities, space situational awareness improvements, and international guidelines are being developed that will improve the long term sustainability of outer space activities in valuable orbits such as LEO. Scenario 4 is unrealistic for the timeframe of interest because of low investment in the area of on orbit manufacturing and assembly at this time. The paper recommends that the government could gain further insight by gathering data on topics such as the pace of demand for communication imagery products and services, the rate of falling costs of manufacturing constellation systems, the alignment of policies with pace of technological development, and developments in alternative means of access to space, among other developments.