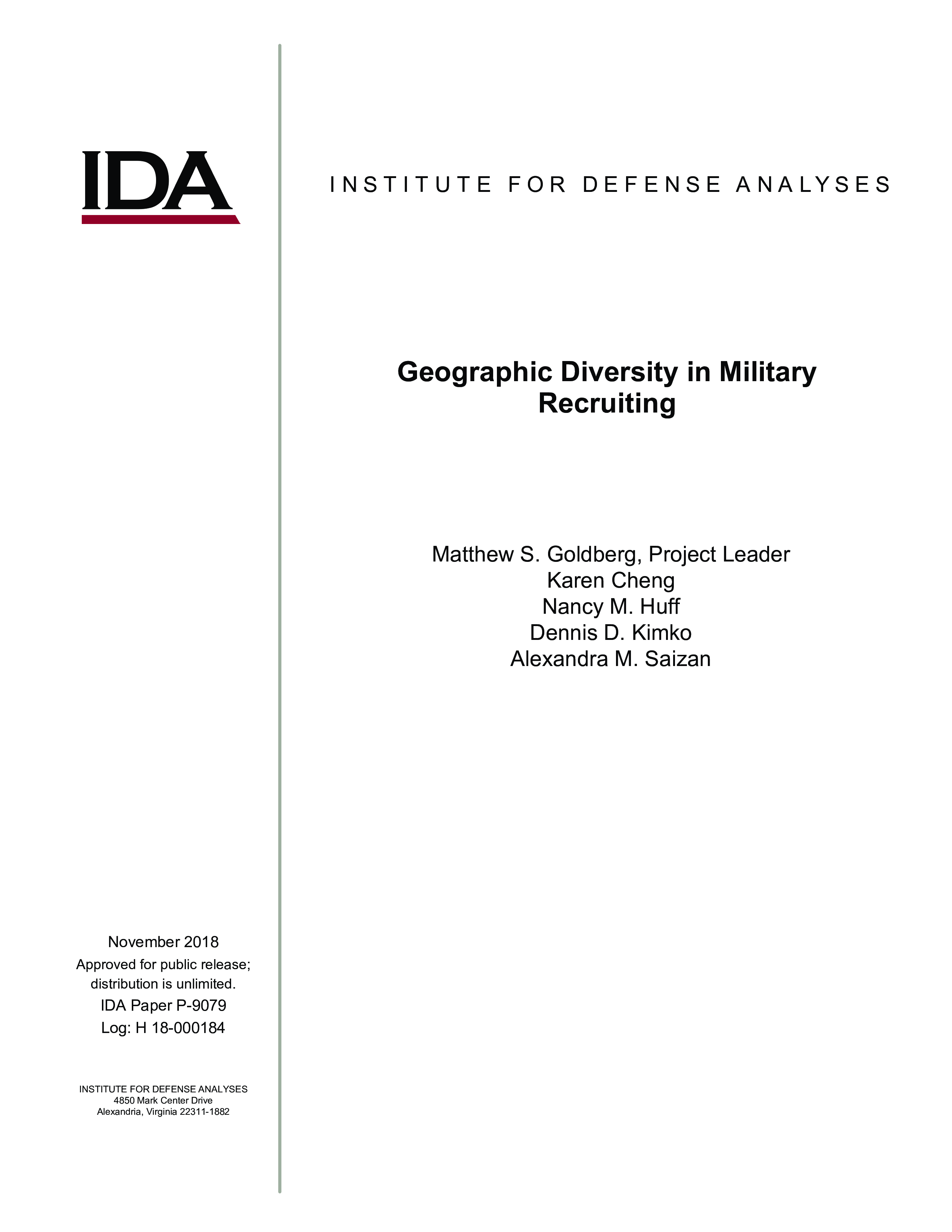 From the beginning of the all-volunteer force (AVF) in 1974—and, indeed, in the public dialogue leading up to the implementation of the AVF—concerns were raised about various aspects of diversity in the military. The Congress chartered the Defense Manpower Commission in 1973; the Commission reported its findings in 1976. The Commission pondered whether the diversity in race, gender, economic status, educational status, and tested aptitude that been achieved to varying degrees under the draft could be sustained in an AVF. The Commission’s report highlighted geographical diversity as the one dimension along which the draft had largely been successful.

Concerns about geographical diversity were publicly aired by the Department of Defense (DoD) as early as 1987, about a dozen years into the AVF. The 1987 report noted the stronger recruiting performance in the rural areas and in the south and southwest. The report attributed that phenomenon to a higher concentration of military installations in those areas, to larger numbers of military retirees, and to individuals with stronger military orientation. Although the stellar recruiting performance from those areas of the United States was certainly welcome, the concern was whether the all-volunteer military might become isolated to largely just those areas.


Much more recently, in 2016, then-Secretary of Defense Ash Carter opined that too many of America’s young men and women have no personal connection to our military. As a result, they give no real consideration to the possibility of joining us … It is my firm conviction that the Department of Defense must have access to 100 percent of America’s population for our allvolunteer force to be able to recruit and retain the highly qualified men and women needed for the Force of the Future.


Secretary Carter specifically identified geography as one of the dimensions along which the military needed to improve its diversity.