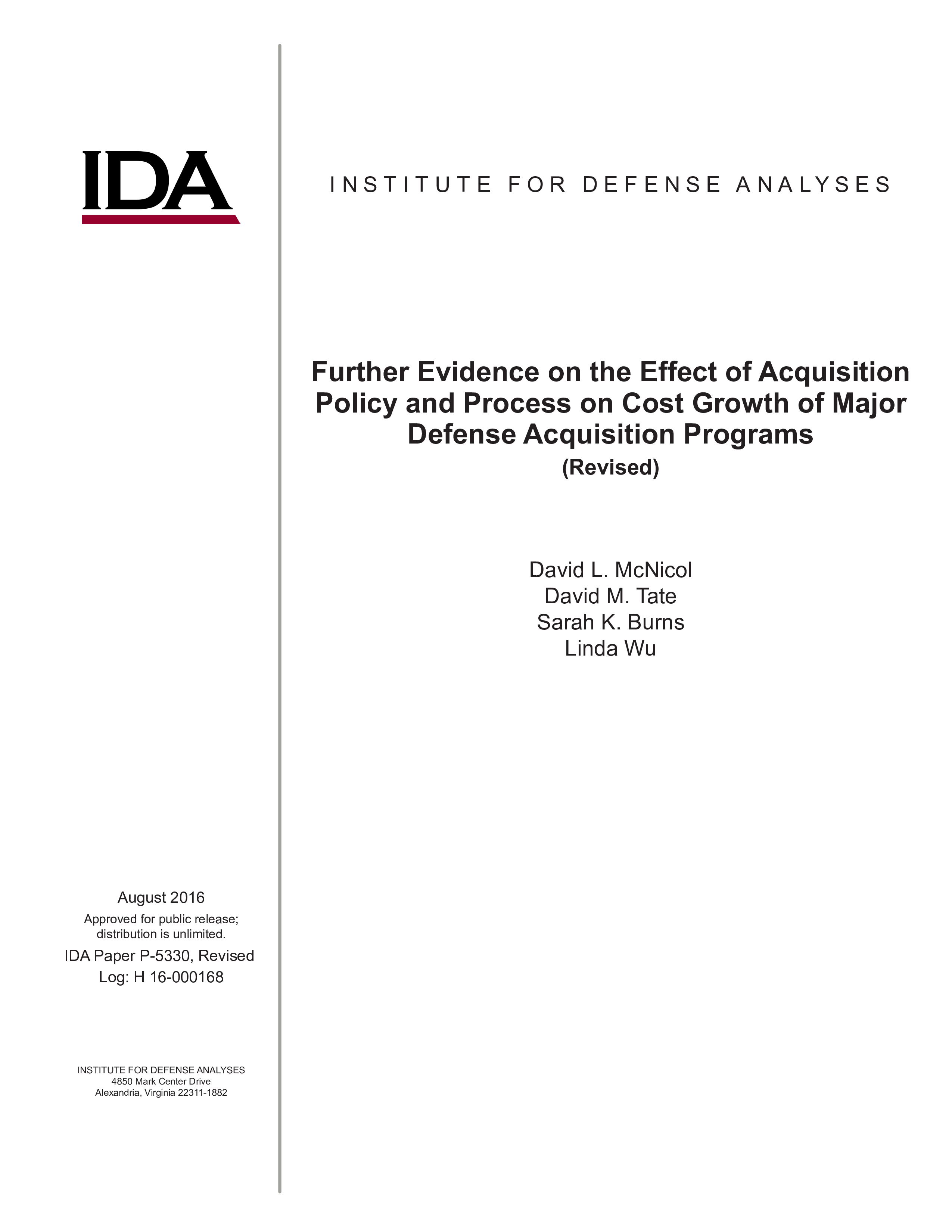 Institute for Defense Analyses Paper P-5126 found that additional acquisition reforms after those introduced in mid-1969 by then Deputy Secretary of Defense David Packard did not significantly reduce cost growth on Major Defense Acquisition Programs (MDAPs). While a useful insight into the effects of changes in acquisition policy and process, that conclusion leaves open the possibility that the Packard reforms reduced cost growth compared to the record of the 1960s, which is the issue examined in this paper. The paper finds that average cost growth of MDAPs that entered Engineering and Manufacturing Development during Fiscal Year (FY) 1970–FY 1980 was significantly lower than the average of those that entered during FY 1964–FY 1969. Further statistical analysis also suggests that it was significantly lower than the average during FY 1994–FY 2000 when Office of the Secretary of Defense (OSD)-level oversight of MDAPs was less stringent. These stand as instances of a significant association between changes in OSD-level oversight and cost growth. The paper also provides evidence that average cost growth in FY 1964–FY 1969 and FY 1994–FY 2000 was particularly high largely because the proportion of MDAPs that experienced extremely high cost growth was significantly larger than it was in other periods.