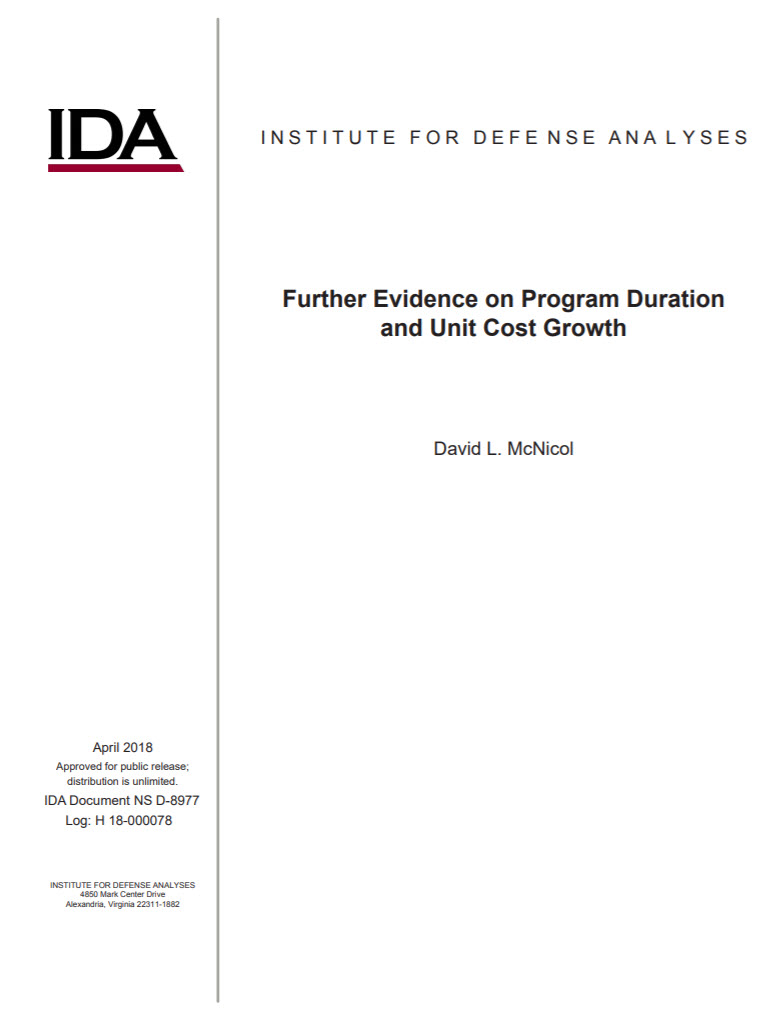 David McNicol, in “Post-Milestone B Funding Climate and Cost Growth in Major Defense Acquisition Programs,” Proceedings of the Fourteenth Annual Acquisition Research Symposium, Volume I, explored the association between Program Acquisition Unit Cost (PAUC) growth of Major Defense Acquisition Programs (MDAPs) and funding climates post Milestone (MS) B. A strong positive association was found for MDAPs that passed MS B in a bust funding climate; the association was weak for programs that passed MS B in boom climates. This paper uses four alternative regression equations to extend these results. In each case, the same pattern of results appears—MDAPs that passed MS B in a bust climate had significantly higher growth than those that passed MS B in a boom climate; the 1969 Packard reforms reduced average PAUC growth; and the reduction persisted through the end of study (FY 2009)—but changes to the acquisition process after the Packard reforms through 2009 did not further reduce average PAUC growth. The lower PAUC growth after the Packard reforms probably was due mainly to more realistic MS B baselines. This pattern does not depend on the inclusion of post-MS B funding climate and program duration, although those factors have significant effects.