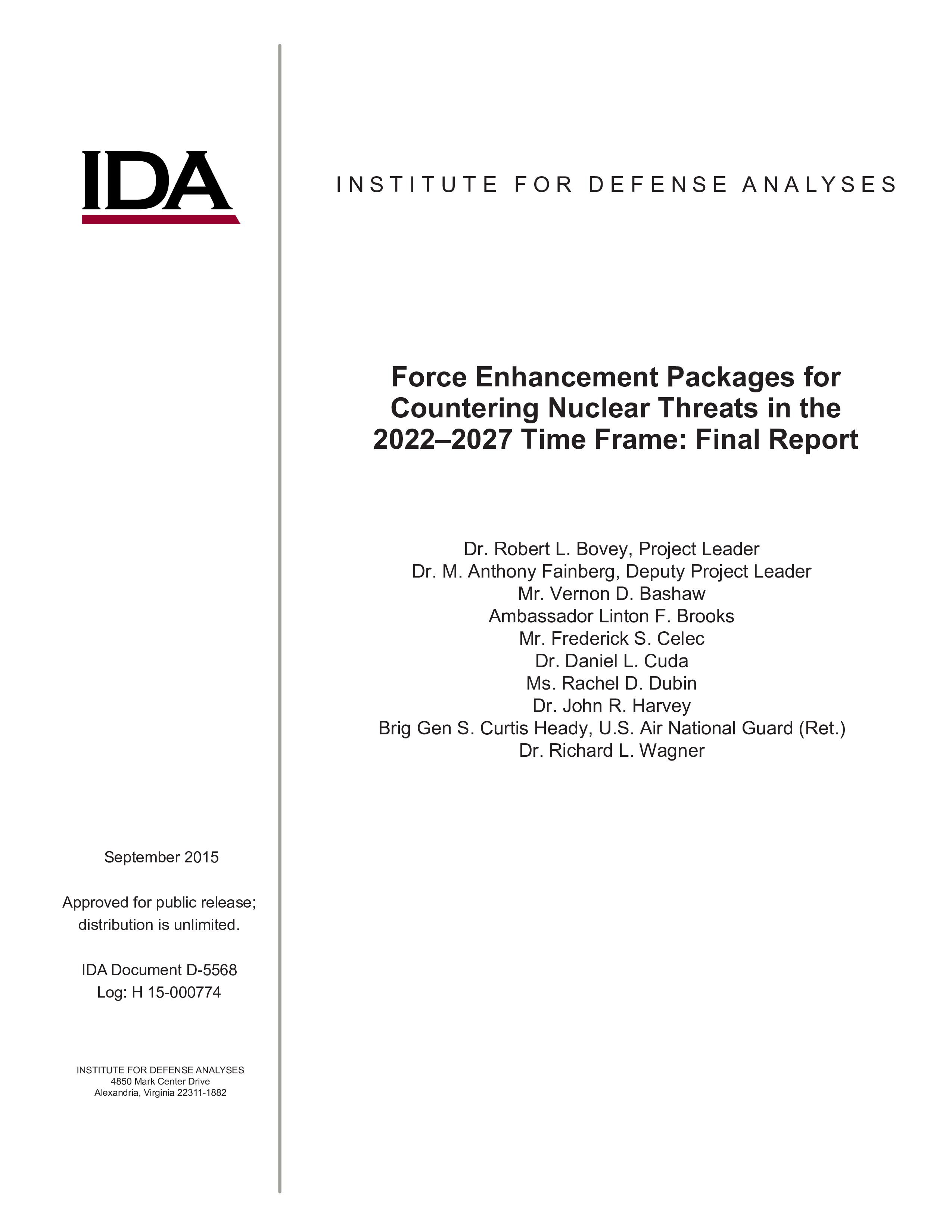 In the 2022–2027 time frame, the United States and its allies will continue to face the threat of a state or non-state actor seeking to deliver clandestinely a nuclear weapon or improvised nuclear device to a U.S. or allied city, or to another target and detonating it there. This document discusses how the future threat may differ from the current one in 2015. It postulates candidate force enhancement packages (FEPs) that would be sensible for the Department of Defense to obtain in the interim, and to participate in the interagency and work with international partners to counter weapons of mass destruction. An IDA research team created a notional scenario involving either criminals or terrorists moving a single nuclear device or significant quantities of materials used in nuclear weapons into or across Europe, Central Asia, and North America. The proposed FEPs were derived from an IDA analysis based on this scenario.