Elections and Electoral Violence in Kenya: Insights from the 2007 Elections – Implications for the 2013 Elections 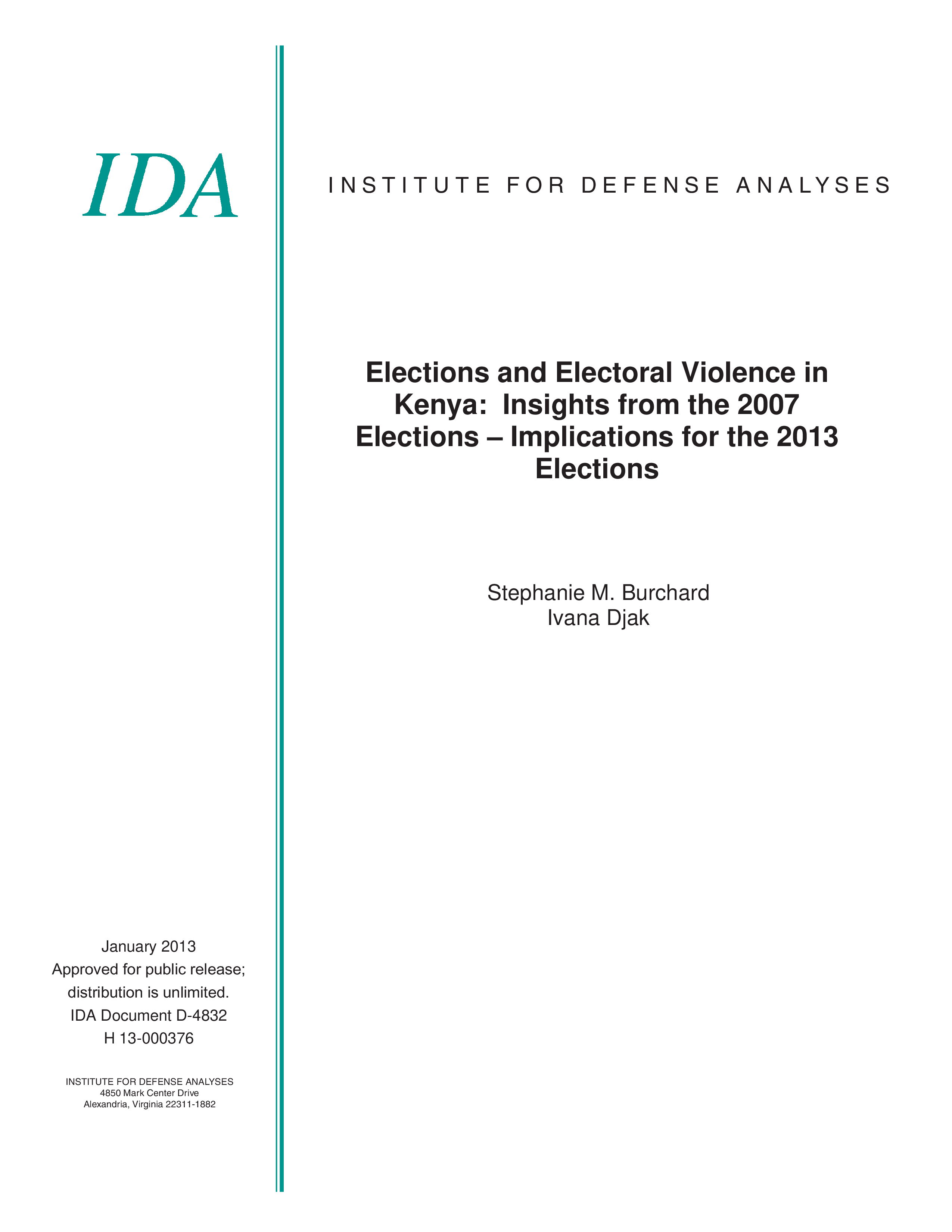 Electoral violence has occurred in every multiparty election in Kenya. We estimate that in the run up to the 2013 elections, pre-election violence has already occurred – meant to intimidate, disrupt, and displace – and will continue until the election in March. Tana River in Coast Province, Kisumu in Nyanza Province, and much of Rift Valley Province are especially susceptible to this violence. A combination of factors, including increased international attention, makes large-scale post-election violence unlikely, but, until Kenya’s political institutions strengthen and mature, violence is always a possibility. Thus far, none of the suspected perpetrators of the 2007/8 electoral violence have been held to account by the Kenyan judiciary. International sanctions, however, in the form of International Criminal Court (ICC) indictments are pending. There are commonalities across Kenya’s elections: namely, weak political parties and weak institutions. There are, however, major differences between 2007 and 2013 that should prevent a recurrence of large-scale post-election violence.