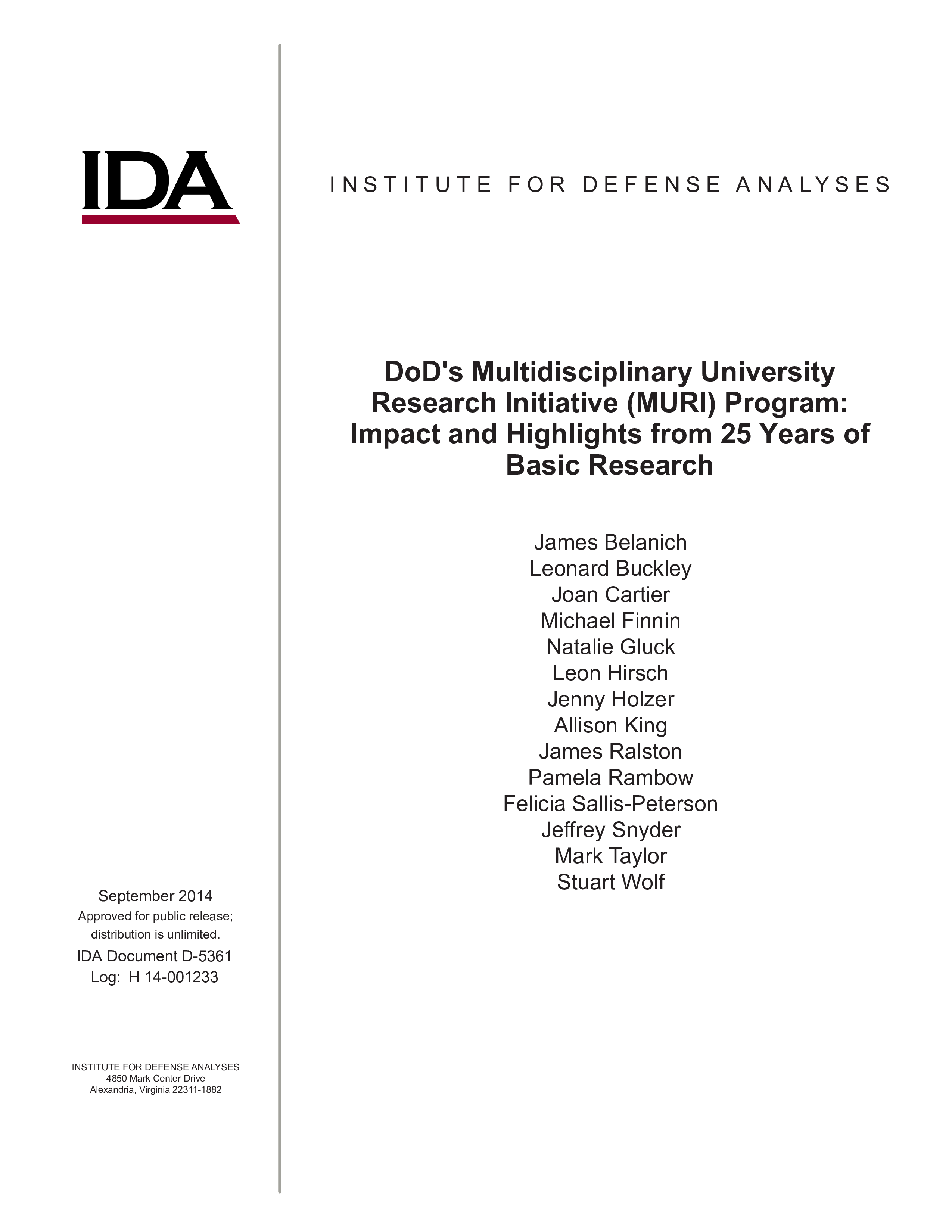 The Multidisciplinary University Research Initiative (MURI) Program is a multi-agency Department of Defense (DoD) effort that supports multidisciplinary research teams at academic institutions whose efforts intersect more than one traditional science and engineering discipline. This report reviews the achievements of the MURI program and assesses the scientific, economic, and military impact of a set of 25 highlighted projects that were identified as successful. A metricbased approach along with a qualitative analysis was used to select the 25 projects to highlight for this report from the over 600 grants that have been awarded during the 25+ years of the MURI program. The metrics used were publications, citations, patents, and derived patents, while the qualitative component of selection process was based on discussions with program managers and government researchers. The report provides insight into the value of funding basic research through the MURI program and recommendations for how to sustain a high level of performance from the program in the future.