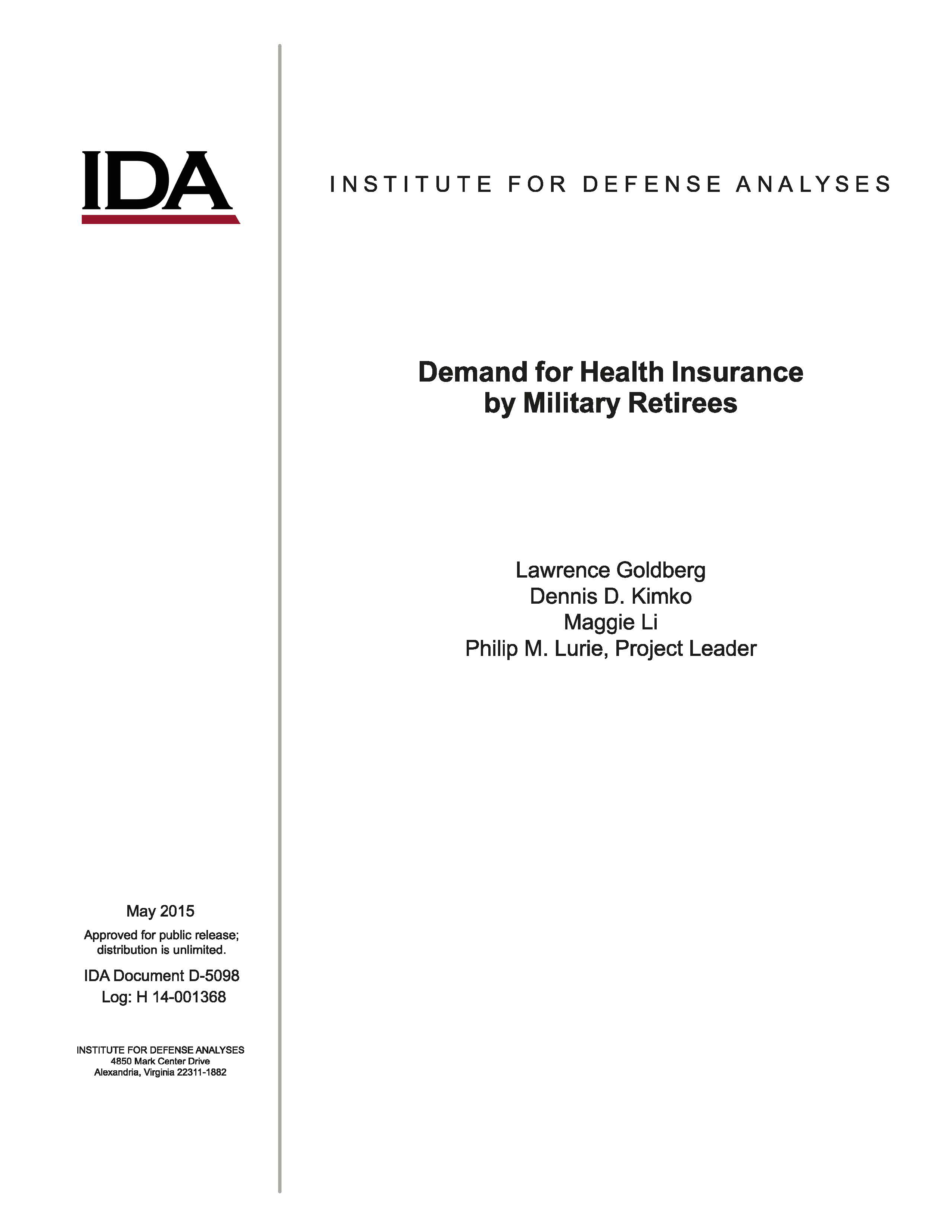 The Department of Defense (DoD) offers military Retirees and dependents under 65 years of age relatively inexpensive health plans through TRICARE. Yet in Fiscal Year (FY) 2000, 46 percent chose not to use TRICARE, instead purchasing other group health insurance (OHI) from civilian employers. By FY 2012, 26 percent of Retirees had dropped their OHI and switched to TRICARE, leading to the questions of what caused the return of "ghost" beneficiaries to TRICARE and whether the trend will continue. To answer these questions, we analyze the demand for health insurance using a conditional logit model, estimated with individual-level data from annual surveys of military Retirees in FYs 2000-2012 (181,153 observations). Retirees switches primarily because OHI premiums and out-of-pocket (OOP) expenses rose sharply, which TRICARE costs declined. Other contributing factors were increases in unemployment, declines in real disposable income, and declines in the availability of private health insurance for civilian employees. The switching will continue but at a slower pace because of an expected slowdown in the growth of private insurance costs. However, unless TRICARE premiums and OOP expenses are indexed to those of private health insurance, DoD faces the continued return of formerly non-reliant beneficiaries and chronic above-average health care cost growth.